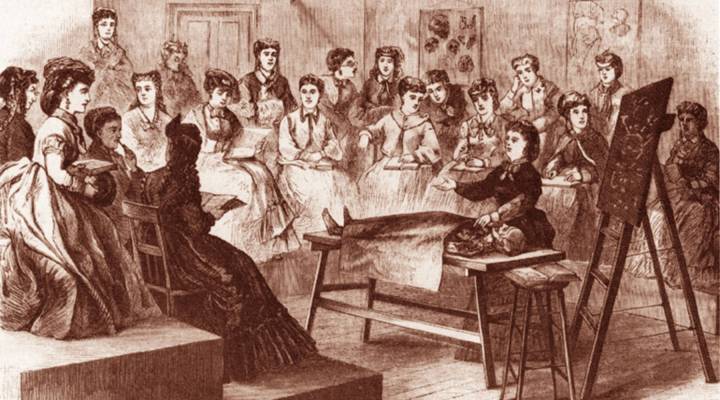 In her book, “Wonder Women: 25 Innovators, Inventors, and Trailblazers Who Changed History,” Sam Maggs detailed the lives of women who were pioneers in their field. As part of an occasional series, we’re highlighting some of the figures featured in her book and their work. Today, she tells the story of two sisters who became doctors.

Elizabeth and Emily Blackwell were two sisters in the 19th century, both of whom received degrees in medicine — incredibly rare at the time. Elizabeth Blackwell was the first woman in the United States to earn a medical degree.

The two of them were barely able to get those degrees because schools were so convinced that women were either not smart enough to study medicine or didn’t have the temperament. When the younger sister, Emily Blackwell, started to attend school, the town where it was located thought there would be an outbreak of contagious insanity, because she must have been insane to want to pursue medicine.

That’s why the two sisters started their own medical school in New York City. By the turn of the century, they had trained over 400 women doctors.

Elizabeth eventually moved on from the school while Emily stayed on as Dean. When Cornell nearby started to take male and female students, Emily chose to shut down the school because she felt it would help to promote non-gendered education.

In the process, Emily raised over $50,000 and was about to donate it to the Harvard Medical School on the condition that they start accepting female students. Officials at Harvard turned it down.