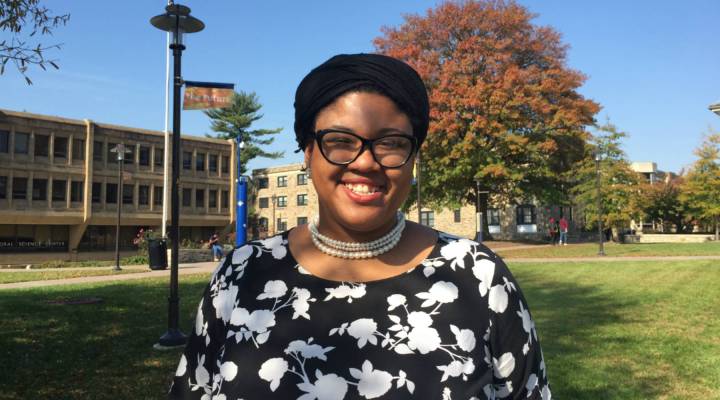 At a hotel in Washington, D.C., advocates for international education gathered recently for the annual Generation Study Abroad summit. The national initiative aims to double the number of students who study in other countries by the end of this decade.

Just 10 percent of American undergraduates study abroad, according to the Institute for International Education. Of those, a new report finds, just over a quarter are non-white.

One way to increase access is make study abroad programs more affordable. A semester away can cost several thousand dollars on top what students already pay their colleges, and not all financial aid travels.

Theresa Castillo was at the summit representing the Tennessee Consortium for International Studies, which offers short-term summer and spring break programs. A small international education fee at Tennessee public colleges helps defray the cost, she said.

“Millions of dollars have been funneled into study abroad scholarships for our students across the state,” she said.

Pellissippi State Community College, where the consortium is based, just met its goal of having at least 200 students a year — or about 2 percent — study abroad. That’s a lot for a community college.

“Many of our students are first generation, many of them are of different ethnicities, racial backgrounds,” she said.  “We have vets. We have working parents.”

Another barrier is cultural. Alexandria Maloney has visited China and Cuba as a graduate student at Morgan State University, a historically black college in Baltimore.

“For a lot of African-American students, we may be the first one to go to college in our family, so that’s a big step,” she said. “And then ‘okay, now I want to go overseas?’ That can be big for an individual and for a family.”

Morgan State has been working to make studying abroad more routine. When president David Wilson arrived six years ago, “very, very few of our students were going abroad — perhaps two or three a year,” he said.

Now around 60 per year study in countries like Haiti and Australia. A partnership with China has helped nearly 600 students from Morgan and other HBCUs attend Chinese universities on scholarships, Wilson said. The college often helps students with airfare. Wilson has also increased the number of international students coming to Morgan State.

“Our students must understand that if they are going to lead our country for the decades to come, that they have to understand every aspect of the world,” he said. “And the world needs to know them.”