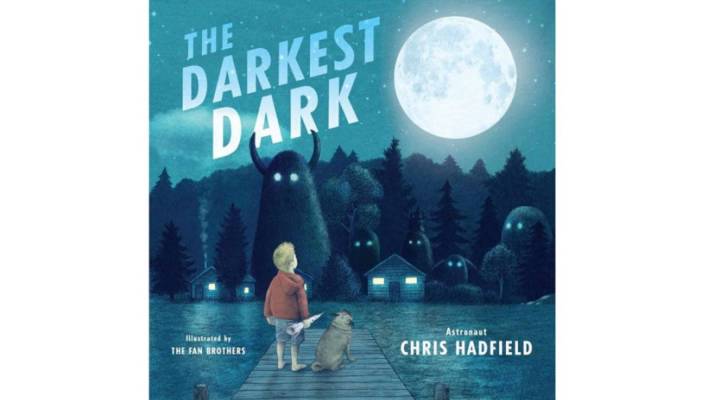 No matter who you are, you’ve probably had a rough day at the office that changed your perspective, or maybe you made an impulse purchase you really, really wish you could take back. This week, former International Space Station Commander-turned-author (and part-time guitarist) takes our money and work-inspired personality questionnaire.

Chris Hadfield’s latest book, “The Darkest Dark,” is out now.

The vast number of things that an astronaut has to remember that all constitute enormous consequence right up to life and death. Everybody takes you aside and says, “you just have to remember this one thing.” That happens thousands and thousands of times. So for an astronaut, it’s the memory task.

Is there such thing? Wow.

Oh yeah, there is good whiskey and and then there isn’t. If you have to put a whole bunch of ice and water into it just to make it palatable, then that’s a regret to me.

When did you realize becoming an astronaut could be an actual paying career?

I never really cared that it was a paying career, but I decided it was a career option for me on July 20th, 1969, when Neil and Buzz climbed down out of Eagle and walked around the surface on the moon. July 20th, ’69, late at night.

Do you remember the first time you were actually paid to go into space? That seems like a dream that only, you know, most people have.

I got a phone call one Saturday afternoon from the Canadian Space Agency, just after 1 o’clock on a Saturday afternoon in early summer of ’92, saying, “would you like to be an astronaut?” That was the start of an amazing time that actually had an income affiliated with it too. Pretty incredible watershed day in my life.

Is that how it actually works? They just pick up the phone and then they call you, and then you’re like, “yeah sure, why not. I’m not busy that weekend, so…”

There was some prep leading up to it, like my entire life. But it all boiled down to that phone call being a yes or a no, so yeah, it was a pretty important day.

My brother and I bought a Yamaha FG180 acoustic guitar together. We both on a farm and earned enough money. We were living out in the country, we went into the big city, and went to a guitar store and had no idea, tried to pretend we knew what we were doing. Tried out a bunch of guitars and lucked in to buy a model that in fact, Yamaha has re-released. A lovely big bass sounding acoustic. I’ve had it my whole life. I dropped it down a mountain, I’ve taken it all over the place. And to me, that is where I learned to play, it’s the guitar I go to whenever I get a chance. That’s probably my most prized possession.

Farmer. I grew up on a farm, and when you’re a kid [on a farm], you work. So every job that happens around a grain farm with horses on the side. I guess farm hand was my first job.

A book that makes them think. And people think about different things, so it doesn’t have to be the same book for everybody. You ought to have a book that, when you’re reading it, every paragraph or two you stop and you go, “huh.” And you want to go back and read it again. I think that type of expansion of your own mind is probably the most important possession.

Take the time to keep notes about what you’re thinking. It sounds trite, and I don’t mean just a blog or a diary, just keep a book around with you and just scribble in it the transient thoughts. A lot of thoughts just come and go, and you can’t get them back again. Or your perspective on something shifts over time, and it’s nice to have your own reflections.

I’ve also flown about a hundred types of airplanes, and I wish someone had said, “take a picture of yourself in front every airplane you ever flew.” Somebody told me that about 50 airplanes in, and I was like, “you’re right. I’m an idiot.” I wish I had done that.