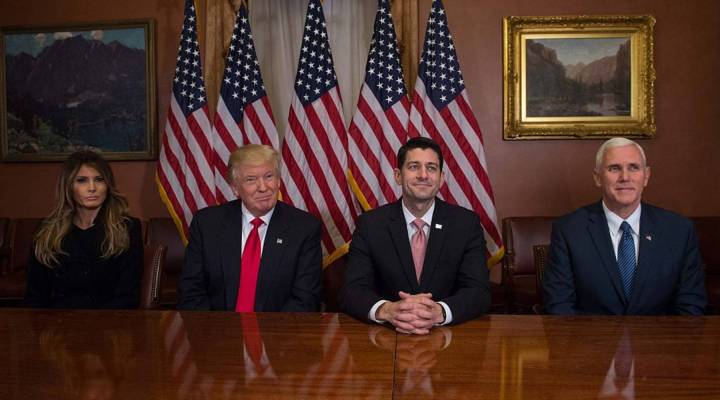 You guys had some questions about how Congress will work with a Trump presidency and whether fiscal responsibility will be out the window over the next four years.

We’re tackling some of that today on the podcast starting with listener Jim Gordon, who asked: “How much can Trump directly affect policy with existing checks and balances? Will we see interest rates rise?”

One of the things we’ve been talking about in our editorial meetings is that the one area that Donald Trump really negotiated or consulted even with Republican leadership in the House and Senate was on economic policy, specifically taxes and spending. And so in many ways the Donald Trump tax policy mirrors the Paul Ryan tax policy, and there’s a good reason he did that. Paul Ryan is a policy wonk, he is the head of the House of Representatives, and anything that is going to happen, speaking of checks and balances, on economic policy when it comes to major spending and tax changes, has to go through the House of Representatives. Budget bills must be originated in the House of Representatives, they can’t even be originated in the Senate. It is the power of the purse, which is a big power in this country.

Got questions about the election aftermath, Trump’s first 100 days or the the American economy over the next four years? Tweet them at @Marketplace, @kairyssdal or @RadioBabe.