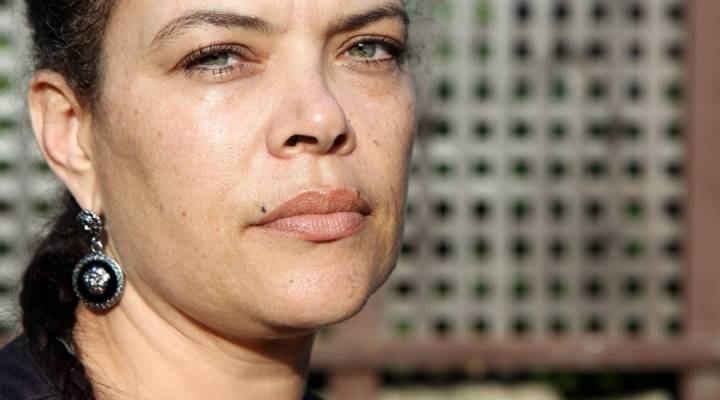 When minors face criminal charges, their parents often face financial ones. That’s true throughout the country.

In some California Counties for instance, it can cost as much as $30 per-day for room and board for parents whose children are locked up inside juvenile hall. The bills don’t stop there. When kids are strapped with ankle monitors or assigned a probation officer, parents are often charged for that as well.

Youth Radio first reported on the issue of juvenile fees back in 2014 for Marketplace, and reported the story of  Zoe Mathews. Her son had died, but she was still paying bills for the time he spent in juvenile hall. Mathews’ son was locked up for 208 days at a cost of almost $30 per day. Ultimately, she was charged more than $7,000.

“It’s a constant reminder that, no, he’s not here anymore,” said Mathews. “By being incarcerated, you’re paying your debt back to society. So then they’re going to charge you an additional per-night stay as if there were some options? The bills are additional stress to already a very painful situation that I will be dealing with for the rest of my life.”

Attorney Kate Weisburd of The East Bay Community Law Center, said, “It almost felt like you were at the checkout line at Target. And you were getting this receipt for how much money you owed.”

Weisburd, who primarily represents young people in Alameda County, Calif., said teens and their families would end up with piles of bills they didn’t expect, and since the majority of her clients are low income, the impact was huge.

The East Bay Community Law Center partnered with the law school at UC Berkeley to further investigate the fees. After filing multiple Freedom of Information Act Requests, Weisburd and her team learned how much money was being charged, and how much was actually being collected from young people and their families.

The collections costs were high. The county was paying salaries and benefits for multiple financial hearing officers to administer and collect the fees, but not a lot of money was coming in because the families who were being charged often couldn’t afford to pay.

So Weisburd and her collaborators took their findings to county supervisors like Richard Valle.

“There was substantial amounts of damage being done to families because of those fees,” said Valle, “and the impact to our general fund, which is well over 2.5 billion dollars per-year, was minimal.”

He said members of the county board of supervisors were surprised when they saw the breakdown, and heard about families having to choose between paying groceries versus paying county bills.

Alameda County voted unanimously this summer to stop charging fees and forgive all past debt, and now other California counties are following suit, including Santa Clara County and most recently Contra Costa.

Supervisor Valle explained that juvenile justice fees were seen as a way for municipalities to recoup. “For a lot of governments across the country, there aren’t too many mechanisms or opportunities to make revenue, or create revenue for infrastructure. So this was a bonafide method that people felt had some merit,” explained Valle.

In August, The Juvenile Law Center, based in Philadelphia released a national survey called “Debtors’ Prison for Kids? The High Cost of Fines and Fees in the Juvenile Justice System,” which found that juvenile justice fines and fees are used in all 50 states.

“People assume that charging young people money will make them more accountable. It will somehow help them and it will help public safety,” said lead author Jessica Feierman, But “what was really interesting about the criminology research is that it showed the opposite. It showed that young people who had fees imposed and fines imposed — especially large ones — were more likely to offend again after their time was done in the juvenile justice system.”

In other words, the effects of the fees ran counter to the mission of the juvenile justice system, which is all about rehabilitation. Given the new understanding of potential negative outcomes for youth, and the limited benefits to municipal coffers, some California legislators say they plan to propose new legislation in 2017,  to ban these types of fees altogether for juveniles and their parents.