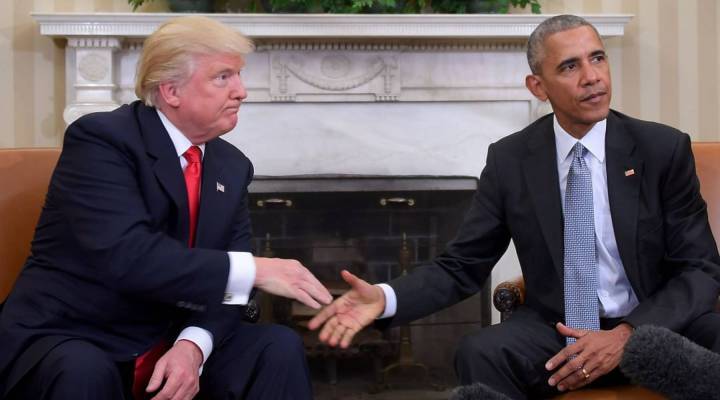 The power of the pen

The power of the pen

It’s as simple as “issuing a new executive order,” said John Hudak, a senior fellow at the Brookings Institution, “issuing a new memorandum, issuing a directive to cabinet agencies. But it can be done quite quickly.”

Of course, nothing in Washington is really that simple. For one thing, the new president will have to deal with federal workers who may not be enthusiastic about undoing things they’ve spent the last eight years working on. And bureaucrats have ways of dealing with an executive order they don’t like.

“Kill it by inaction or delay,” said Mark Rozell, dean of the public policy school at George Mason University. “Of course, that has been a matter of frustration for presidential administrations.”

Here’s another complication: Rozell said Trump will have to be careful about rescinding executive orders that benefit some people, such as protections for undocumented immigrants brought to the U.S. as children, and insurance coverage for pre-existing conditions.

Businesses, too, could also lose out, if the patients they cover lose their insurance because of an executive order.

“And we’re talking about hospitals ending up holding the bag for uncompensated care if their patients lose health insurance or Medicaid coverage,” said Timothy Jost, an emeritus professor of law at Washington and Lee University.

So, sure, it’s easy to rescind executive orders. Making the changes stick without upsetting voters and powerful interests in Washington? That’s the tricky part.