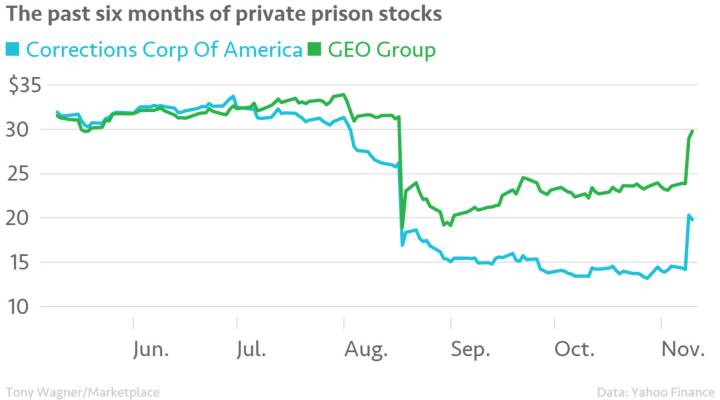 Donald Trump’s surprise victory in the presidential election Tuesday sent private prison stocks soaring this week. The president-elect has supported privatization of government services, and portrayed himself as the “law and order candidate.” It’s possible he could reverse the Obama administration’s plans to phase out private prison use, which tanked shares of Corrections Corporation of America and GEO Group Inc. in August. Private prison companies could get another boost from immigration detention centers, following Trump’s stated plan to detain and deport millions.