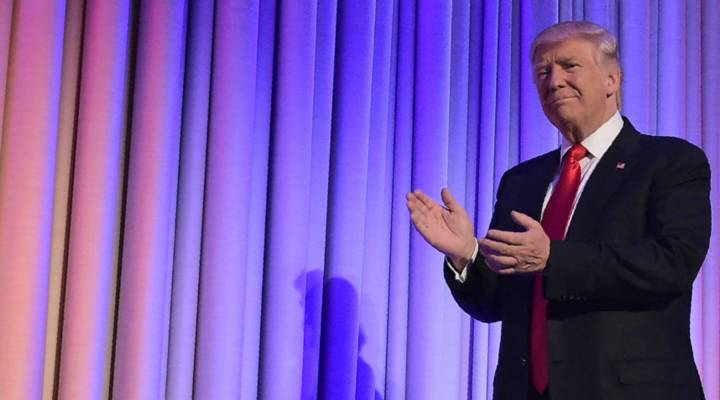 Throughout his campaign, Trump has outlined some ambitious plans to overhaul the economy. He’s talked about investing $1 trillion in infrastructure, repealing Obamacare and getting rid of the Dodd-Frank financial reform act.

But will he actually tackle these issues, and can he gain support from his party and across the political aisle?

Austan Goolsbee, former chair of the President Barack Obama’s Council of Economic Advisers, said he thinks gathering political will to enact major new legislation will be difficult to achieve.

“You kind of see on the map that it’s two different countries,” Goolsbee said. “In a political environment like that, [it] strikes me as relatively hard to build a national consensus for anything.”

As for whether his plans can spur growth, Goolsbee said he thinks Trump’s stance against trade and immigration will only damage the economy.

Glenn Hubbard, who served as chair of President George W.  Bush’s Council of Economic Advisers, has a different take on whether Trump’s economic policies will be successful. Though he thinks we will experience short-term market volatility, he argues we could see growth in the long term.

“I think we ought to all take a deep breath and imagine the possibilities here, particularly from tax and regulatory reform,” Hubbard said.

As for the economic underpinnings of the vote, Felicia Wong, president of the non-partisan Roosevelt Institute, ties voter sentiment to 2008.