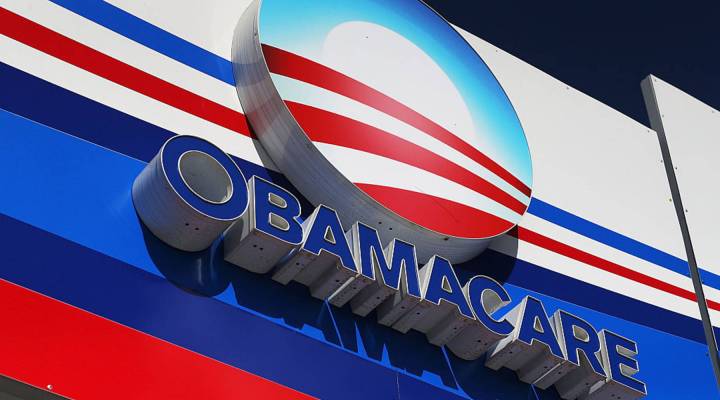 COPY
A replacement for Obamacare would likely mean some people will lose benefits. Joe Raedle/Getty Images

Donald Trump has targeted health care as one of his priorities, telling crowds that if he won, he would immediately repeal and replace Obamacare.

The soonest that can happen is early next year when Congress begins a new session.

Although he’s floated ideas like selling insurance across state lines and using health savings accounts, truthfully, nobody knows for sure what proposals we’ll see.

We do know 22 million people now have insurance, some through state Medicaid expansion and others through subsidies that help cover premiums.

“There are so many people for whom coverage meant the difference between life and death,” he said.

GOP lawmakers have introduced their own reforms over the years. They’ve proposed barring some people who today qualify for Medicaid, offering less generous insurance subsidies and making it harder again for people with pre-existing conditions to get insured.

James Capretta is with the right-leaning American Enterprise Institute. He didn’t back Trump in the election.

Capretta expects lawmakers to come up with some kind of replacement instead of just repealing it.

“I don’t think they are going to do that. I think they would have a very hard time politically doing that. And I think there’s a lot of Republicans who would oppose doing that,” he said.

Capretta is fairly certain whatever shape the replacement takes, it will mean some people will lose what they have today.

An important question is whether members of Congress have the stomach to do something they rarely, if ever, do — take benefits away from their constituents.