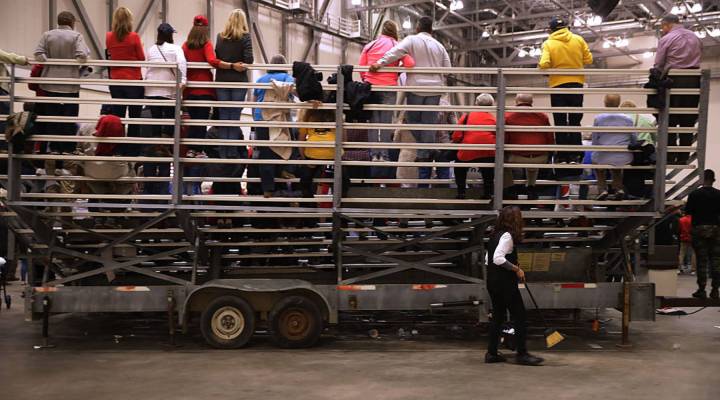 Stop us if you’ve heard this one before: elections — particularly this election — have a way of sucking all the air out of the room.

That’s particularly true of this historic and unusual election, and particularly particularly true in the final days of a close race. That makes Election Day a great time to drop some news you don’t want anyone to see. There’s all kinds of important or lighter, anxiety-easing stories that fly by while we’re all glued to cable news.

We understand. There’s long lines, polls to watch and FiveThirtyEight maps to endlessly refresh. That’s why we rounded up the biggest stories you might have missed right here.

According to a report from the Wall Street Journal, Walgreens has filed a $140 million lawsuit against Theranos in light of their completely unsuccessful partnership. The failing healthcare startup was once valued at $9 billion — now, hundreds of employees have been fired, its laboratories are shut down, and its largest investors have already sued for fraud.

Remember when the European Commission served Apple with a multi-billion dollar tax bill? In the middle of this ongoing back and forth between Apple, the European Commission and an angry U.S. government, seemingly out of nowhere, Ireland has filed an appeal to claw back the tax bill’s entire sum from Apple. According to a report from Reuters, the Irish government is keen on keeping their tax laws attractive to international corporations and investments.

Have Brangelina settled on their divorce?

Brad Pitt and Angelina Jolie may have finally reached a custody agreement, after news of their divorce broke in September. Angelina Jolie has taken sole custody of their five children, ranging in ages from 8 to 15 — although, as US Weekly reported earlier today, whether Brad is on the same page as her is an entirely different question. As of now, all he has are visitation rights.

Ever been browsing Instagram, seen someone’s delicious-looking food and thought, “I really wish I had that right now”? It’s not totally impossible if you’re in and around South LA — where there’s a quietly growing underground community of African-American chefs who use social media to sell home-cooked meals directly to customers. Craig “Mr. Fries Man” Bastille works a day job at Pepsi, but online boasts a constantly changing menu of his creative approaches to fries — including chicken green chili enchilada, buffalo shrimp and pork belly adobo.

Cable news has been loving this election, but all the debates, conventions and endless coverage have put a serious dent in live sports ratings. That also means if you’re trying to see a game, you can get a great deal. Weekdays in November are usually sleepy, but resale sites like SeatGeek posted unprecedented low prices — many for less than $20, some for less than $10.

Hostess is back after a rocky half decade

It’s been a tough few years for Hostess. The purveyor of Twinkies and other snack cakes went public this week under the trading symbol TWNK. We’ve covered the company’s whole path — including a liquidation, acquisitions, investments and finally, its truly inspiring comeback. Perfect for stress-eating.