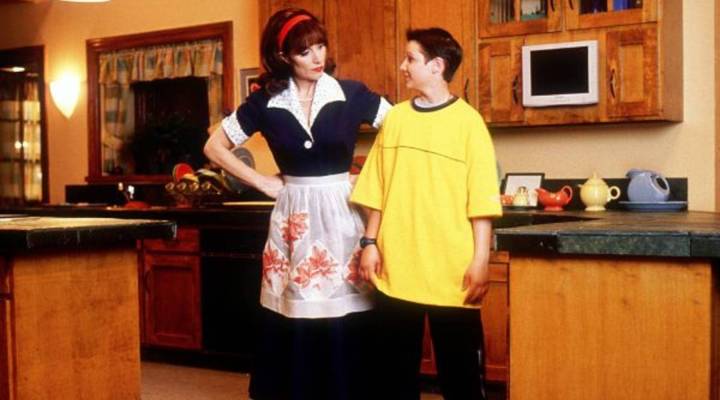 Season 2 of our tech podcast “Codebreaker” launches Nov. 16, when we ask if technology can save us. To prepare, we’re revisiting Season 1, which asked “Is it evil?” In this post, we talk to actor and director LeVar Burton about the rise of the smart machines.

LeVar Burton has been in one iconic role or another for decades — the host of “Reading Rainbow,” Kunta Kinte in “Roots” and Geordi La Forge in “Star Trek: The Next Generation” — but he was behind the camera for a TV movie that was nearly as formative for a certain millennial (hi) who grew up with basic cable.

In the middle of doing “Star Trek,” Burton directed “Smart House,” part of the Disney Channel Original Movie (DCOM) series. The movie’s lead character, a young Ryan Merriman from “Pretty Little Liars,” becomes the family caretaker when his mother dies in an accident. After winning a contest, the family moves into a state-of-the-art smart home run by a digital assistant named Pat. The house takes care of the family’s every need, from making meals to cleaning up messes to creating simulations using screens placed all over the house.

But once Merriman’s character starts treating Pat like a replacement mom, she goes berserk and threatens the whole family.

Artificial intelligence, the idea that machines can be programmed to be smart enough to make decisions for us, is a common science fiction trope. As we saw in “Smart House,” there’s always that lingering fear AI will ultimately make machines evil.

“Smart House” is still a well–regarded DCOM, number three on Buzzfeed’s “definitive ranking” and topping Entertainment Weekly’s, but it was also oddly prescient. After all, how many gadgets run our lives, whether they’re mounted on the wall or not? It’s easy to make fun of misunderstandings with our digital assistants, but we’re undeniably closer to creating Pat than we were in 1999.

Burton will be on the second season of “Codebreaker,” talking about Georgi La Forge and the cybernetic visor that helped him see, but he took some time to chat with us about “Smart House,” what it says about AI today, and the “condition of humanity.” The interview was edited for clarity.

You mentioned that you have a 22-year-old daughter, so you know the nostalgic place this movie has for people her age?

Yeah my daughter’s 22, and I am aware that “Smart House” has kind of a cult following among millennials, but I am always surprised at just how popular it is. I guess I’m really surprised at just how popular Disney Channel movies in general tend to be. I only did one, but it happens to have turned out to be one of the most popular that they ever did, which is kind of crazy.

Do you think about this movie a lot? You’ve done so much iconic work.

You know, because I started my directing career at Star Trek, and because I was still directing Star Trek when I was directing “Smart House,” I just automatically embrace science fiction and technology as a part of my background as a director. I love science fiction and always have. “Smart House” for me was a terrific exercise because not only was I telling a story for a completely different audience, but part of the idea was to really make that technology accessible and real. The whole idea of Pat. I mean, we’re there, right? We are living in a time when the technology has advanced to the point where there are devices that are controlling a lot of aspects of our lives. I’ve got Nest, I’ve got the Ring doorbell. We all have so many wireless devices that are connected to the Internet of Things that, you know, we’re there.

When you were making stuff for the house, were you really trying to predict the future or just make stuff kids would find cool?

What’s the coolest thing we can do? We thought a lot about about what those cool aspects of the house could be. We were really just kind of extrapolating from where we were in the late ’90s, not really thinking how far into the future these things would become a reality. I am still waiting for the ability to make a mess and have the house just absorb it. That would be that would be very cool.

You mentioned you have Nest and some other “Internet of Things” things. Is it weird to live in a smart house?

I don’t consider it a “smart home” but I when I really think about it, yeah. I mean, my doorbell, my smoke alarms, several devices… we’ve got Alexa. So all of these things combined really are Pat.

Do you ever feel weird about that?

I love my technology. I love my toys. I do. I think that one of the best things about living in this day and age is the ability to afford, to utilize this very, very cool technology. At the end of the day is designed to enhance our lives isn’t it?

Before we started recording we were talking about “Black Mirror,” a show that looks at how technology designed to improve our lives ends up almost always making them worse. “Smart House” does a kid-friendly version of that too. One of the characters is looking for technology to replace his mom, then it goes crazy and traps them inside.

One of the things that I love about science fiction is that it really does cause us to think about the condition of humanity. So, in successful science fiction, like “Black Mirror,” there’s always a flaw in humans that reveal the flaw in the technology. The technology in and of itself isn’t bad, it’s how we apply it. It’s what we rely upon it to do that it wasn’t intended to do that gets us into trouble. That element is certainly in “Smart House” it’s all over “Black Mirror,” and I think that in successful science fiction there should be something about the storytelling that causes us to reflect on who we are, and how we’re doing at being humans. That was the flaw in “Smart House,” the kid was looking for the technology to fulfill a need that only a human being could. And and the result was, as you might predict, disastrous.

We do we do rely on technology more than we used to, and sometimes it can get us into trouble and go awry. We just had a major [hack] here in the United States, and what they were using were all of the sort of these wireless devices that are connected to the internet. We’re on the edge, we are a hair’s breadth away from complete and total catastrophe. Every day. And it takes incidents like last week to remind us, “Wow, we are deep into this.” There’s no turning back. The balance is delicate. Very delicate. And there’s our flaw. Even knowing that, we keep getting deeper and deeper and deeper into this relationship with technology.

We do we do rely on technology more than we used to, and sometimes it can get us into trouble and go awry. We just had a major [hack] here in the United States, and what they were using were all of the sort of these wireless devices that are connected to the internet. We’re on the edge, we are a hair’s breadth away from complete and total catastrophe. Every day. And it takes incidents like [that] to remind us, “Wow, we are deep into this.” There’s no turning back. The balance is delicate. Very delicate. And there’s our flaw. Even knowing that, we keep getting deeper and deeper and deeper into this relationship with technology. 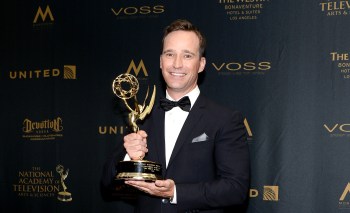