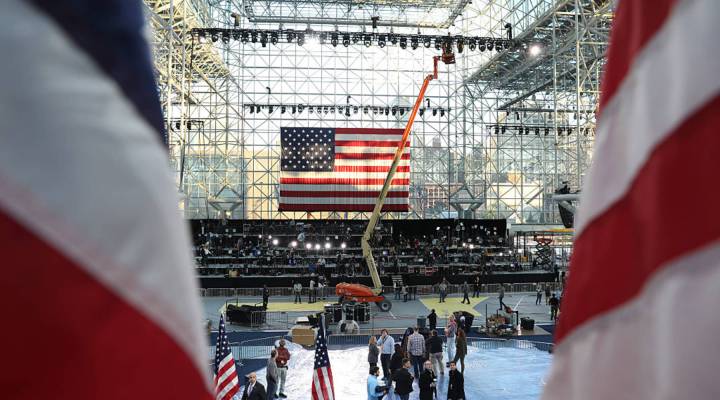 As the 2016 election campaign winds down, last-minute appeals from the campaigns keep coming via email and on social media.

An email from the Trump campaign today said the candidate’s gaining in key battleground states — and asked for as little as $5. An email from the Clinton campaign asked supporters “to chip in even just a single dollar” to support her race to the finish.  Will that money help elect Trump or Clinton on Election Day?  Political scientist Bert Johnson at Middlebury College said these appeals are about political fights to come:  “Building your network by encouraging donations, getting names, getting people on lists.”

Richard Briffault, an expert in campaign law at Columbia Law School, said raising money may be the least important part of asking, at this stage of the campaign.

“There’s some evidence that it just continues to energize people — people can participate by voting, by wearing buttons, by making phone calls and giving money.”

Political scientist Andra Gillespie at Emory University said candidates raise funds at the very end for last-minute “unforeseen expenses — let’s say you need to rent another van in order to get people out to the polls.”

Leftover campaign funds can also be passed along to other party committees and candidates.  But Johnson said campaigns try to spend down their balances, because if you have a lot of money left in the bank — especially if you lose — it’s a sign your campaign “could have spent more, and perhaps done a little better.” He said that’s one reason campaigns actually try to finish the race in debt.