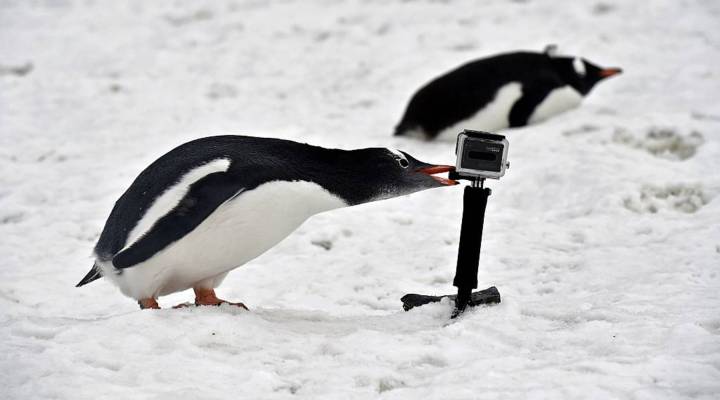 I’ve been following GoPro for a long time, and over the years I’ve found myself rooting for them.

But the last time I reviewed their cameras, I lamented that GoPro had gone “too pro” for most consumers, and that simpler options made its pricey, complicated, editing-intensive cameras and software options undesirable for people looking for simple and fun point-and-shoot adventure.

Cameras are already a tough sell, as GoPro itself acknowledged in its IPO filing in 2014. But the company compounded its own problems with the Hero4 release by emphasizing its expensive models, like the 4K Hero4 Black and Hero4 Silver instead of cheaper, easier to use options, like the then-$130 Hero.

That was a recipe for selling cameras to professionals, but even most pros aren’t editing high-resolution 4K video, and most average users aren’t interested in downloading gigabytes of video footage to review and edit later. GoPro’s attempts to make the editing process easier — a companion app, a remote control for marking footage, and so on — only added complexity.

Since then, the company has done little to correct that course. The release of its cheaper Hero4 Session last year was a debacle, and the Hero5 and oft-delayed Karma drone only appeared last month. Worse, although the Hero5 is simpler to operate in some regards, it stubbornly sticks with the GoPro ethos of a premium price ($300-$400), an emphasis on editing after the fact, and not enough reason to upgrade if you already own a GoPro. And the drone is also great for amateur filmmakers, but late enough to the market, and lacking enough cutting-edge features, that it’s not a compelling buy for most.

A new GoPro Karma foldable drone is seen flying during a press event in Olympic Valley, California on Sept. 19, 2016.

Here’s the thing. Over the same period of time, consumers have shown a marked preference for simplicity and instant gratification — in basically every single industry, but especially with cameras. You know what’s performing great this year, according to just-released numbers from NPD? Premium point-and-shoot cameras, and instant print cameras.

Over the past two years, at any point, GoPro could have edged slightly in either of those directions without significantly sacrificing its brand. And of course, it could have tried to release its drone sooner — it was delayed last spring. Instead, GoPro discontinued its entry-level models completely, although it did release software.

The company was likely distracted, focusing lots of energy and resources on turning itself into a full-fledged media company. That included major investments in original content, hopes of licensing its users’ videos, and creating series that could be sold to Netflix or other video streaming outlets. (Even its media company ambitions were complicated.)

Such ambitions are expensive, require lots of talented people, and take time that the company may not have. GoPro had early success with its YouTube channel and other marketing efforts, but little has emerged from its original content team. The fact is, GoPro is just moving too slowly. All of these problems have been obvious to consumers and investors, but GoPro hasn’t moved to address them.

Why’s that? Internally, I hear that the company just isn’t unified on its content strategy — plans change frequently, the leadership isn’t organized, and every decision rolls up to CEO and founder Nick Woodman, which doesn’t speed things up at all. And every profile on Woodman himself suggests that he might be a little myopic about what GoPro should be: the rugged little cameras were a passion project based on his personality and interests (surfing, skateboarding and motorcross, anyone?). GoPro has Founder’s Syndrome, and it might be too late to cure.