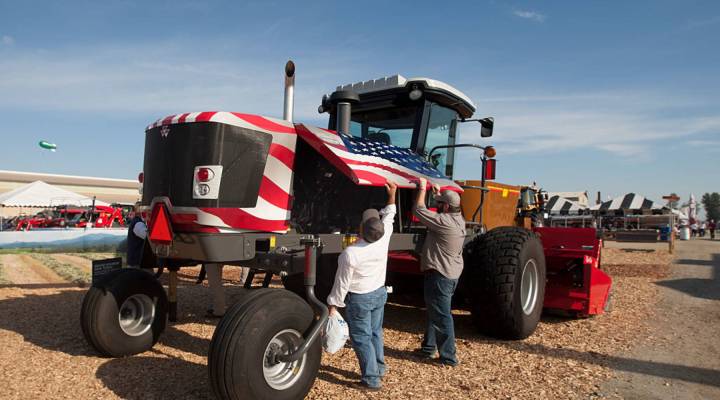 COPY
Food and agriculture companies traditionally donate to the Republican presidential candidate. But this year, it's different. David McNew/Getty Images

When it comes to the issues voters care about, things like the economy, health care and foreign policy make the top of the list. Noticeably missing from the list is food. But that has not stopped Big Food and Big Ag companies from spending big bucks backing the presidential candidates.

Data from the Center for Responsive Politics found that, as of August 31st, Hillary Clinton had nearly a 2-to-1 lead over Donald Trump when it came to the amount of donations received from agribusinesses. What is so surprising about that finding is that “generally, agribusiness, Big Ag, Big Foods gives to Republicans much more than Democrats,” said Viveca Novak from CRP. “In fact, Democrats are lucky to get half the amount that Republicans get when we look at congressional donations.”

“I think that probably says that they are confident she’s going to win and they want to be on the side of a winner,” Novak said.

“Trump said a vote for Hillary Clinton is a vote to, you know, for four more years of Obama, and I think that actually sounded pretty good to agricultural producers who are have been reasonably content so with the way things have gone,” said Baylen Linnekin, a food lawyer and policy expert. “These companies have their eye on something else: the farm bill. It comes up every five years in Congress, and the next one will be in 2018.

Roughly 80 percent of [the bill] goes to benefits for a low income people, people who can’t afford to to buy groceries, and the other 20 percent is what goes to in the form of farm subsidies and other programs that support America’s agriculture industry,” Linnekin said.

So it does not hurt to have big players in Washington on your side when the farm bill comes around.

Then there are the campaign issues that, on the surface, might not seem like they affect our food, but most certainly do.  Think issues like international trade, climate change, and last but not least, immigration.

Immigration is something that has a big impact on agribusiness as well as smaller, more local food producers. Take Josh Morgenthau for example. He is the owner of Fishkill Farms about two hours north of New York City.

Morgenthau explained that he has a crew of eight workers who come each season from Jamaica on special visas.

“We can’t fill those positions locally. We’ll post for them and we can’t get applicants. Anyone who says you’re taking American jobs away, I haven’t seen evidence that those Americans want those jobs,” Morgenthau said.

He’s watching the immigration debate very closely and has already talked with his senator about the 2018 farm bill.