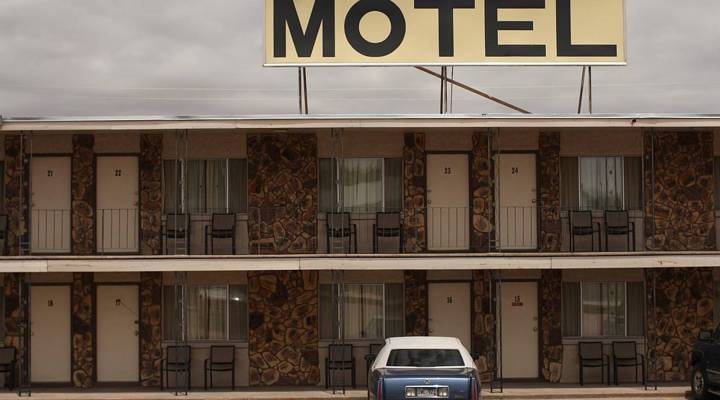 The role of the roadside motel has changed over the years from an inexpensive place to stay when traveling to a place some people feel they cannot escape because they have nowhere else to go.

These residential motels as they’re known caught the eye of Kent State sociology Professor Christopher Dum. He decided to live in a motel he calls The Boardwalk for a year and listen to the stories of the people who live there.

Dum’s new book compiling these stories is titled “Exiled in America: Life on the Margins in a Residential Motel.”

Note: the names of people and places Dum uses are pseudonyms.

This one couple, Dee and Toby, they were recovering heroin addicts … and they went through a tremendous amount of trouble to make the room feel homey, because most of motel rooms have numerous code violations. So living there is very psychologically stressful. Dee, specifically put some decorations around the mirror above the bathroom sink because, in her mind, it made it feel like a kitchen window. She said in her home, she always wanted a kitchen window and it, sort of, brought up these ideas of home and comfort.

On how residents are able to pay rent:

Some of them are working minimum wage jobs, others are receiving supplemental assistance from the Department of Social Services (DSS). So, in that case, no money is actually going through the person staying. It’s all going from DSS to the motel’s owner, through a contract. But the problem is, if you think about $205 a week, that’s $820 a month for a room with no kitchen, with maybe no hot water, or heat. So it’s not a sustainable place to live. People would always ask me, why don’t they rent apartments? Well, if you’re trying to save up $820 a month and you’re just scraping by for that, it becomes incredibly hard to leave. You just — you can’t save up money while you’re paying for a roof over your head on a daily basis.

On the closing of The Boardwalk Motel:

It did get shut down and it was a really tragic saga, I think, of all these different social forces combining. Sort of, this perfect storm of neglect and misunderstanding and the sad part is, it affected real people’s lives in the dead of winter… People didn’t realize that the motel was closing. The day that it actually occurred, they had no idea. So, people just scattered. One guy, I remember, just dealt with it by drinking a lot of beer and then just getting up and walking out into the cold. 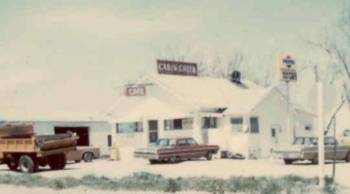