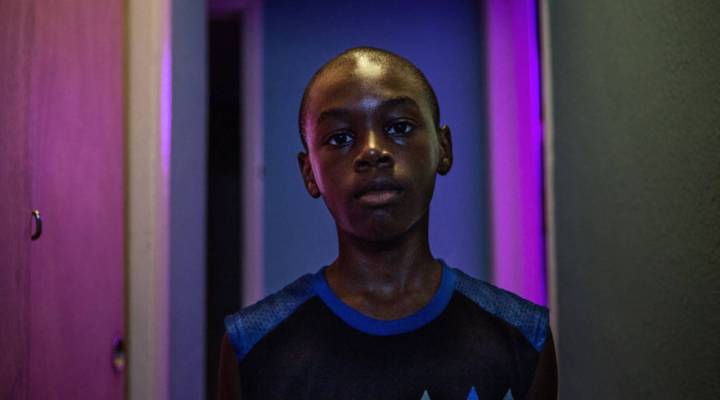 COPY
NYT film critic Wesley Morris says Moonlight is an exquisite film about "being a black male" and the societal construction around black male identity.  David Bornfriend/ A24

NYT film critic Wesley Morris says Moonlight is an exquisite film about "being a black male" and the societal construction around black male identity.  David Bornfriend/ A24
Listen Now

Television is getting better about presenting shows created by black showrunners and writers, that tell stories about what it’s like to be black in America. Wesley Morris, a film critic for the New York Times, wrote about that in the Culture Issue for the New York Times Magazine. His piece is called “The Last Taboo: Why Pop Culture Just Can’t Deal with Black Male Sexuality.”

On why it is a good time to be black and on television:

I think there are two things that can explain this. So, I think thing number one: there are more channels to put programming on than there ever previously have been and I just don’t think there are enough white people to be on all those channels! So invariably, somebody is going to have to let some people of color on TV. It’s more that there are different kinds of black people doing more different kinds of things on TV, as opposed to the David Simon version of the black experience, which pretty much limits it to cops and criminals. You know, I love “The Wire,” but you can do The Wire, you can do Empire, you can do “Queen Sugar,” you can do “Atlanta,” you can do “How to Get Away with Murder.” I mean, there are a lot of different things you can do!

On making integration on TV work without making it look like work:

On why a variety of black narratives are still missing from movies:

I think a lot of that has to do with the priorities of the movie industry. The idea of a show like “Atlanta” existing at the movies is harder to understand or to see. Now, there’s a monthly Kevin Hart movie, but it can’t be Kevin Hart all the time either. Every season of television brings about 15 people I had never heard of before. I mean, “Queen Sugar,” it comes on OWN, it’s Ava DuVernay’s soap opera about a family in New Orleans, and there are so many great, black actors who have just been — I mean, the only word for them is journeymen — they’ve been working for a long time and have never had parts as juicy as the ones they have on this show.