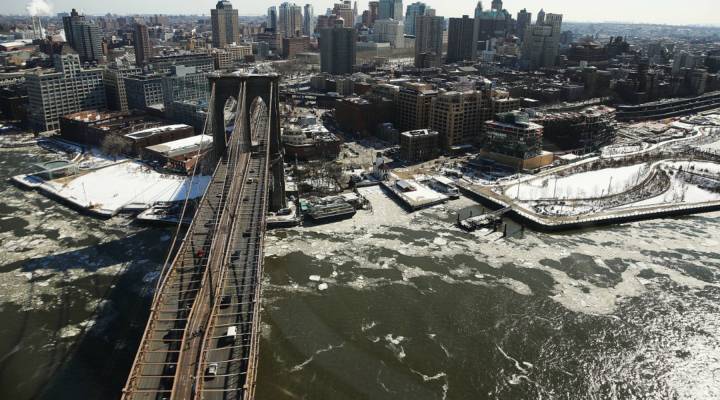 Republican presidential nominee Donald Trump’s campaign released new details about his plans for American infrastructure on Thursday. Like Democratic nominee Hillary Clinton, his plan to fix America’s roads and bridges includes a role for the private sector to pay for the trillions of dollars in repairs needed in the U.S.

But the two candidates have different strategies for just how to include private companies in efforts to address the $3.6 trillion in funding the American Society of Civil Engineers estimates the U.S. needs by 2020.

Robert Puentes is the president of the Eno Center for Transportation. He’s looked at the available details of both candidates’ plans.

“[Donald Trump’s] plan focuses on the private side almost exclusively, and what the federal government can do to incentivize private investment in infrastructure,” Puentes said.

Trump’s plan would use a mix of strategies, including large tax credits to private companies.

Peter Navarro, a senior policy adviser for the Trump campaign who helped draft the strategy, said the plan would generate about a trillion dollars in infrastructure investment over 10 years.

“The tax credit approach is one significant source of funding,” said Navarro, adding that some existing government sources of infrastructure funding will continue. “At the other end of the spectrum, you’ve got existing money that comes into all sorts of funds like transportation funds, and then you have bonds that have been sold for specific projects, that will continue to be done.”

Navarro said Trump’s plan doesn’t include any new taxes to fund infrastructure, a contrast to Clinton’s. Her plan funds increases partly by raising taxes on the rich and corporations.

“Senator Clinton’s plan focuses more on infrastructure broadly and on what the impacts of that infrastructure would be on people, places and communities,” said the Eno Center’s Puentes. “There’s a big emphasis in her plan on what it would mean for the U.S. workforce, for example.”

But Clinton also wants the private sector to play a role, as she explained in an economic speech she gave in Michigan in August.

“A big part of our plan will be unleashing the power of the private sector to create more jobs at higher pay,” Clinton said. “And that means for us, creating an infrastructure bank to get private funds off the sidelines.”

Clinton plans to spend $25 billion over five years to create that “infrastructure bank,” which would provide low-interest loans and other financial products to help fund big projects. And, given the state of American infrastructure, there are many such projects on the waiting list.