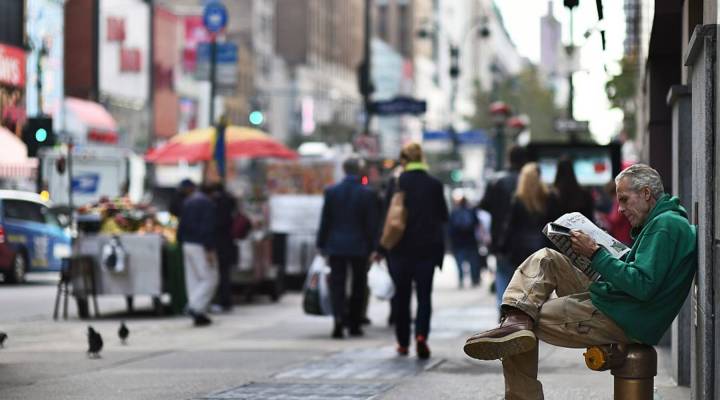 COPY
The future of media is a bit unstable. Jewel Samad/Getty Images

The future of media is a bit unstable. Jewel Samad/Getty Images
Listen Now

Everybody in the media is worried about the future of media.

In the past week alone, Gannett said it would cut 2 percent of its workforce from properties including USA Today. The Wall Street Journal is offering buyouts and layoffs will likely follow. Staff cuts at the New York Times, and so on … all the way to the media’s favorite playground, Twitter, which confirmed this week that it will lay off about 350 people (and it abruptly killed fan favorite micro-video site, Vine, to the dismay of, well, a faithful few).

But the real question here is whether you should be worried about the future of media. It’s a little self-serving, I know, for us to sit here and wring our hands about it — especially since a Gallup poll from just last month found historically low confidence in the media, writ large.

And yet, it does still matter when and how reliably you get your information. And those sources, as noted above, are either in financial trouble or are actually diminishing in number quite quickly.

An oft-cited statistic? Six companies own more than 90 percent of the media, down from more like 50 in 1984. The proposed AT&T/Time Warner merger could only compound the issue — on top of allowing yet another huge distribution company to also be in charge of the content (the other is, of course, Comcast/NBC Universal).

This kind of media consolidation is, in a word, bad.

It’s part of the reason mass media seeks ratings and clicks over caliber — and that’s why people don’t trust the media. It’s also arguably why corporations like Gannett have grown so big they have to lay people off just to stay afloat, which in turn hurts the news business, which in turn hurts all of us — not just those of us sitting here wondering about our own jobs.

And on top of all that, there’s an avocado shortage, so I can’t even drown my reporterly woes in guacamole and margaritas. Well, I can have the margarita, but it just won’t be the same.

Hm, maybe I’d feel better if I went back to thinking about the election.

Zeynep Tufekci, associate professor at the University of North Carolina Chapel Hill’s School of Information, sat down with us to discuss this increasing media consolidation and what that means for all of us and the information we consume.