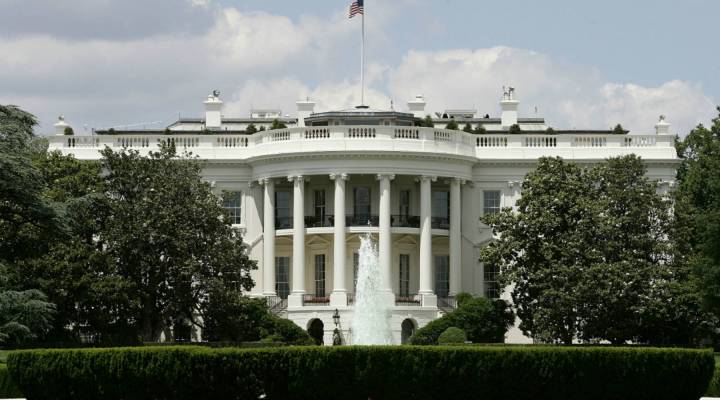 “Quick!” I asked, ” What appointments will the next president make?”

I’m on the National Mall in Washington, D.C., by the monuments where tourists congregate.

“All I can think of is, just the Supreme Court,” Salazar said.

And Andrea Thornton, from Nashville, Tennessee said, “I think of the show the ‘West Wing’ — all the staffers.”

None of the people I spoke with mentioned this: the Federal Reserve Board of Governors.  You know, the folks who set interest rates. The next president will have to make at least two appointments to the Fed, and possibly as many as four.

“I don’t remember a time off the top of my head where there have been that many openings coming up at the same time,” said Ken Kuttner, a former Fed economist, now teaching macroeconomics at Williams College.

President Barack Obama’s nominees to the Fed board were never confirmed by the Senate, and that makes two open spaces, said Kuttner. The other two could come from some reshuffling at the Fed.

Under Clinton, “she would certainly be continuing in the Fed’s current tradition, pushing a pretty rigorous approach to regulation,” Kuttner said.

As for Trump, “he’s likely to appoint people to the Fed that will likely try to dismantle the Fed, to reduce its power,” said John Canally, chief economic strategist at LPL Financial.

Back on the National Mall in D.C., Denise Hames from Birmingham, a Trump supporter, said she likes low interest rates. Still, Hames said Trump would make good choices for appointments to the Fed.

“If I’m voting for him, yes I’m trusting that he will do that,” she said.

Andrea Thornton is from Nashville, Tennessee.

Andrea Thornton, from Nashville, Tennessee, said she’s for Clinton. She hopes Clinton would nominate more women and people of color to the Fed.

“I do think that we need a lot more diversity in leadership in this county and I think that she’s clearly committed to that,” Thornton said.

One thing that’s clear: no matter who the next president is, Clinton, Trump or someone else, their appointments will have to be confirmed by the Senate. And that’s no small feat.