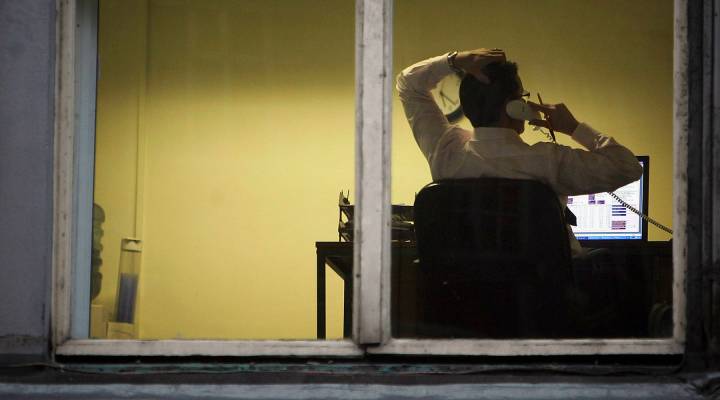 In our most recent national survey — the Marketplace-Edison Research poll — a majority of respondents' top expectations from employers included health insurance and a healthy work environment that makes you feel valued. Christopher Furlong/Getty Images
Listen Now

The Marketplace-Edison Research Economic Poll, in its most recent national survey, queried Americans on their attitudes toward employment. One question respondents were asked was what attributes are “essential,” “important but not essential” and “not important” to make a job a “good job.”

The top-ranked answer was “offer health benefits” — the attribute picked as “essential” by 73 percent of respondents.

That’s one of the highest employment priorities for union construction worker A.J. Banuelos of Portland, Oregon. Banuelos is 39 and a single mother with three kids (one is in college, two are still living with her at home). She’s been working in construction for five years, following completion of a training program provided by Oregon Tradeswomen, which promotes women’s participation in the skilled building trades.

“I was a stay-at-home mom, and I’ve done a lot of clerical work and retail,” said Banuelos of her work history before moving into construction. “An hour I make $27.72. The highest I made prior to joining the trades was $12 an hour. I make a livable wage, and I’m able to provide for my family. I value my benefits — my medical, my dental. Being a union laborer, I have a pension, so I’m grateful for that.”

Banuelos also said she doesn’t have to work much overtime anymore because her base wage is high enough to cover her basic expenses, so she can have more time with her kids. And she’s glad to have steady work and not bounce around between low-wage jobs anymore.

Our survey found that having a job that “you can stay at for many years” is considered essential for a “good job” by significantly more people who don’t have a college degree than those with a college education.

Auto mechanic Anatoliy Lobasyuk, 29, took a job right out of high school at the Hawthorne Auto Clinic in Portland, and he’s still there 10 years later. He said the key to retaining workers like him is “treating the employees properly — if the employer doesn’t treat you well, you’re going to go somewhere else.”

That jibes with another finding in the poll: Respondents said a top priority in a “good job” is that it have “a good working environment.” That attribute ranked just behind health benefits and ahead of “provide opportunities for advancement” and “make you feel valued.” More workers said that a “good working environment” is more essential than a retirement plan, full-time hours or paid time off.

Peter Sather, 23, works as a waiter in New York City and has a second job tutoring foreign languages.

“I’ve worked a lot of jobs where you have to build up the mental fortitude just to get there,” Sather said. “I’ve also had a couple of jobs where I was excited to go to work. I worked at a Vietnamese restaurant, and the atmosphere was just so amazing, it was like ‘Oh, yay, I get to go and see everyone.’”

“Being a server isn’t what I want to do forever, but that was a very fulfilling job,” Sather continued. “Financial benefits are always amazing, but what will actually make an employee stick is the atmosphere and whether they feel comfortable and motivated. First and foremost, actually being nice to your employees might help.”

In our survey, two in three respondents said feeling “valued” is essential to making a job a “good job.”

“I feel like I’m very lucky to have finally found a company that fits my personality,” said Clarke, noting that he has done similar technical math and computer jobs at other firms that he didn’t mesh with. “It’s a company that has the corporate ethics that I want, and that treats us all like owners. And I love the fact that the schedule is flexible, so that we’re all encouraged to have a personal life, a family life.”

Having a flexible schedule, as it turns out, is not high on the list of workplace priorities in our poll. Only 40 percent of respondents said “providing flexible working hours” is essential for a “good job.” The only choice that ranked lower was “offer a salary rather than an hourly wage” at 31 percent.