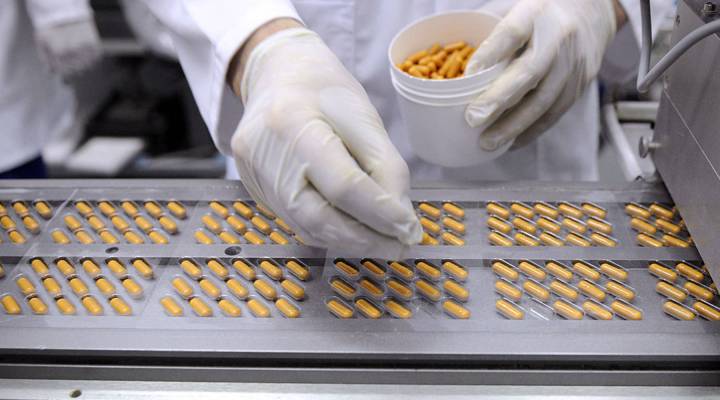 Turns out consumer goods are about 1.5 percent more expensive today than they were last fall.

It’s the usual culprits — gas, housing. But deep among the data was a figure which grabbed our attention.

Prescription drugs have gone up 7 percent since last year — the highest annual increase since 1992.

It’s an historic price spike, but health policy people aren’t exactly sure what’s behind it.

These are treatments for conditions like MS and rheumatoid arthritis and “autoimmune disease, cancer drugs, and they are often quite expensive $100k, $200k a year,” she said.

Scott Morton said manufacturers have been aggressively raising their prices on these potent drugs, sometimes by double digits.

Controversial business practices like this have landed some companies in the spotlight — like Mylan, the makers of EpiPen.

Dr. Walid Gellad at the University of Pittsburgh sees a connection between those scandals and a political shift.

“A piece of what we are seeing maybe an anticipation from industry that the end is coming,” he said.

“At some point they are not going to be able to increase prices they way they have.”

These higher drug prescription prices could be the harbinger of rough times ahead.

Since the Recession and the rise of Obamacare, overall healthcare spending growth — that’s prices and utilization — has been historically low.

But Paul Hughes-Cromwick at the healthcare research organization Altarum Institute said the days of moderate spending growth may be over.

“We see some writing on the wall that might presage a return to the bad old days,” he said.

Not only would the bad old days mean it’s harder to pay for our care.

Hughes-Cromwick said it also means healthcare costs eating up more of our economy, leaving less money on the table for everything else.