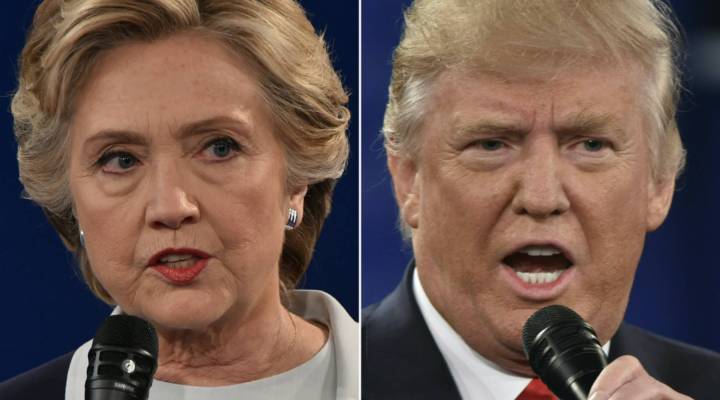 They say not to talk politics around the dinner table, but what about in the workplace? The outcome of the election will have big consequences for many parts of the economy, from construction and manufacturing to finance and health care. And that’s causing a lot of uncertainty for businesses, their employees and their customers.

Paul Kedrosky, co-founder and managing partner at SK Ventures, spoke to us about how the election is impacting tech companies and startup funding.

On whether this election is causing more uncertainty than previous years:

Kedrosky: It’s much more dramatic this time, because it’s not as if it’s sort of a little bit to the left or a little bit to the right. There’s this feeling like it’s kind of a polar swing. We could be seeing a president come in that’s actively much more hostile towards immigration or, for example, wants to make changes in some of the ways the venture capital industry has been structured — there’s lots of talk about changing taxation with respect to venture capital. These are seismic changes; they really move around the tectonic plates of the way we innovate in this country. With such a high percentage of immigrant founders involved in some of the largest, most valuable companies — Google and others — you think about the value creation that goes away and the impact that has not just on wealth creation for individuals who work for those companies, but for you and I who hold stock in those companies — either directly or through pension funds or retirement funds.

On how the election is impacting business relationships:

Kedrosky: It’s like nothing I’ve ever seen before. There’s active hostility. I’ve actually seen two deals, well I guess two and half because we’ve got another one that’s in mid-argument stage, that have come apart. Investors can’t reach agreement on things that have nothing to do with the deal. They are actively hostile towards each other with respect to what’s happening in political markets, and as a result have a breakdown of the discussion of how to fund a young company. I can’t remember that happening in my 20-plus years in this business, and that’s entirely a function of this completely bizarre election. At first it’s sort of funny and you think, “Oh my goodness, we are having a debate about politics, I’ve never seen us do this before.” Then you realize it’s sort of tragic because the consequences are very real for some entrepreneurs.

We want to hear from you: Is uncertainty around the election impacting your business? Have political divides popped up at your workplace? Tell us about it here.