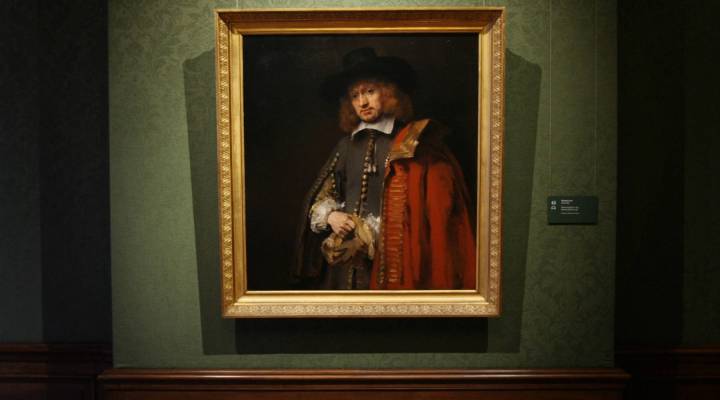 The auction house Sotheby’s revealed earlier this month that a painting purported to have been the work of 17th century Dutch artist Frans Hals is a fake. It sold for about $11 million. The controversy has called into question other paintings that came from the same source.

Blake Gopnik, a critic at large for Artnet News and a contributor to the New York Times, stopped by to shed some light on what makes a “good” piece of fake art and the ever-changing art market.

On how to get away with art forgery:

Forgeries in finance, say, are totally different than forgeries in art. In finance, you forge a check to change the world, put money in your account. You forge a deed to pretend to own land you don’t. In art, when you make a forgery, you want it to meld in — you want it to not change the world in a sense. You don’t want a forgery that makes everyone suddenly think, “Wow, Rembrandt made pornography,” or “Vermeer did an abstraction one day.” You want your forgeries to be exactly the same as pictures we already know, which means they don’t really change the world.

On how art historians can influence a piece of art’s worth:

The value of works of art depends entirely on art history. The reason a Rembrandt is worth a lot is because art historians have said that’s an important artist. And those things are always changing. So there’s this weird relationship between art history and the market that’s like nothing else I’ve ever come across.