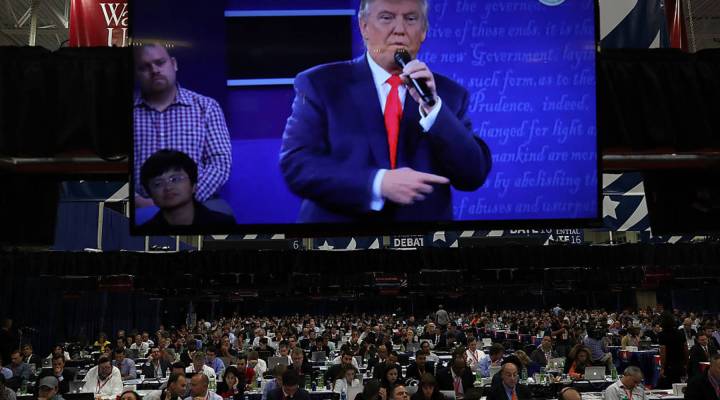 Sunday night’s Presidential debate was pretty light on economic issues, but both Donald Trump and Hillary Clinton did agree on one thing: changing the tax code so that super-wealthy investment fund managers foot a higher tax bill.

The specifics have to do with something called “carried interest.”

The term may be a bit confusing. What’s the interest at stake? What is it carried over from? Does it require math?

It turns out that the origins of the term are refreshingly easy to understand.

“The idea goes back several centuries, back to when sea captains would carry cargo on behalf of business people to foreign ports and sell it,” Donald Marron said, director of economic policy initiatives at the Urban Institute.

Marron said a ship captain used to get a cut of profits for transporting goods safely. “That was his ‘carried interest’ for carrying the cargo to the foreign port,” he said. “And the basic principle has kept that name ever since.”

In today’s world, it’s captains of industry at stake: the managers or general partners of private equity, venture capital and real estate funds.

“The general partner is the one that’s going to be the one helping to manage these companies, provide knowledge and expertise, etc.,” said Doug Shackelford, a tax professor at the University of North Carolina at Chapel Hill.

Like the sea captain rewarded for stewarding goods to port, the general partner is rewarded for his or her stewardship of funds by means of carried interest. It’s a higher cut of a fund’s profits than what limited partners — who contribute money rather than expertise — enjoy.

That carried interest is taxed at capital gains rates, which Marron puts as high as 25 percent, much lower than wage and salary income tax rates of up to 44 percent. But many experts and politicians suggest that the expertise provided by general partners is no different from what most people provide at work and should be taxed as labor.

But Shackelford cautioned that taxing carried interest differently might not bring in as much revenue as politicians would hope. He said investment funds might just go in search of other structures that would allow them to reap other tax advantages.

Correction: The original article misspelled Doug Shackelford’s name. The text has been updated to reflect the correct spelling.