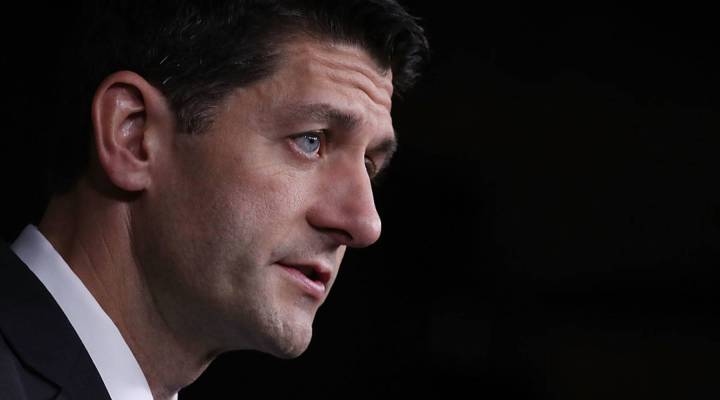 Republican presidential nominee Donald Trump is not only losing the confidence of his party’s leaders, he’s likely losing the party’s money as well.

Following reports of Trump’s vulgar statements about women — language he has repeatedly called “locker room talk ” — the GOP was likely hoping for some contrition from Trump during last night’s debate. Apparently, his brief apology wasn’t enough and more Republicans are backing away from the candidate.

House Speaker Paul Ryan told his peers today that he would no longer “defend” the Republican presidential nominee, The New York Times reported. Instead, Ryan said he would focus on ensuring his party’s power in Congress. He stopped short of rescinding his official endorsement of Trump, following “an uproar from his own caucus,” anonymous sources told the Times.

Ryan’s choice to focus his efforts on other elected seats instead of Trump’s race illustrates the growing dissent within the party. And as the number of GOP leaders denouncing Trump grows — the list is now at 160 — what happens to the party’s financial support of its candidate?

That seems to be dissipating as well. The Republican National Committee told party officials Saturday to reallocate the funds dedicated to Trump’s campaign, according to The Wall Street Journal. Instead of putting the money toward helping Trump the presidency, the RNC will use the money to help other Republicans running for lower offices. The first sign of this directive came in the form of the RNC temporarily halting its mailing campaign dedicated to Trump’s bid for presidency, Politico reported.

The move suggests that the GOP thinks it will be more beneficial to try and engage voters who support the party’s stance on the issues, but don’t support Trump.