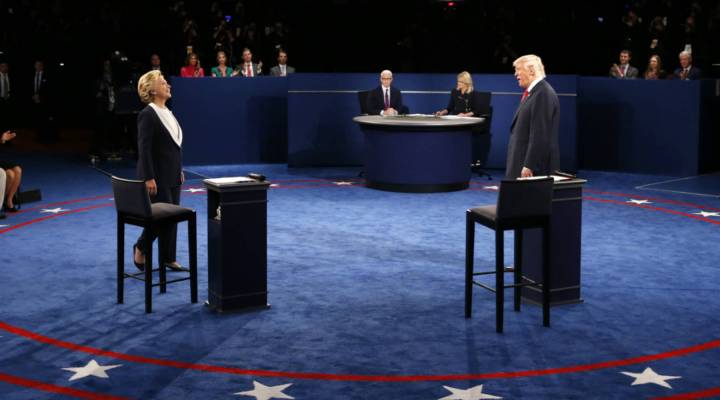 Many voters might have been left bewildered by the claims and counter claims of the presidential candidates about their tax plans during last night’s debate.

But according to the conservative Tax Foundation, most of the benefits of those tax cuts would end up going to the wealthiest Americans, given all the deductions, credits and other changes to the tax code that the Trump plan suggests.

The nonpartisan Tax Policy Center said some middle-class families would actually end up paying more under Trump’s plan because of limits on certain kinds of deductions.

During the debate, Hillary Clinton also outlined some of her tax goals:

Nobody who makes less than $250,000 a year — and that’s the vast majority of Americans as you know — will have their taxes raised. Because I think we’ve got to go where the money is. And the money is with people who’ve taken advantage of every single break in the tax code.

The actual amount of taxes might creep up a little bit for many, many people under Clinton’s plan.

But the Tax Policy Center said that almost all of the major tax increases would hit the wealthiest 5 percent of Americans, and not the middle class.

So how much will these plans costs?