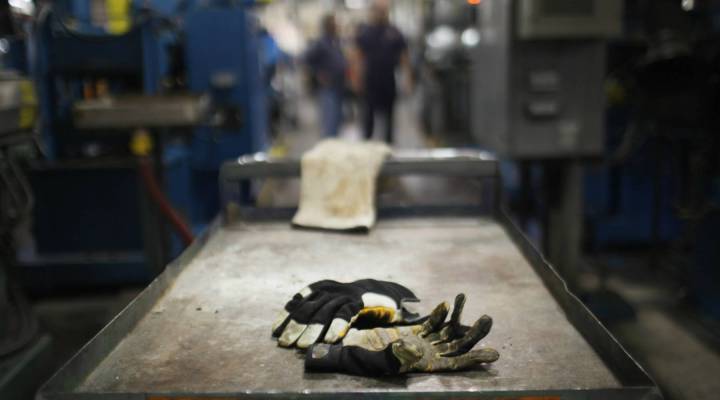 The U.S. unemployment rate is at 5.0 percent, job openings are abundant, and employers say labor shortages are starting to develop in some fields, especially skilled manufacturing.

The Manufacturing Institute, a trade group supporting employers, has reported that 2 million production jobs will go unfilled in the next decade, because workers lack the right skills. According to the trade group’s 2015 report, “Skills Gap in U.S. Manufacturing” (a collaboration with Deloitte and Touche), three out of four executives say the skills gap is now hampering growth and adoption of new technology to improve productivity.

“We’re trying to hire as fast as we can, though that has not been the easiest thing for us,” Winthrop said.

American Giant operates factories in the textile heartland of North and South Carolina, and has adopted a “team-manufacturing” production process in which workers have to do a wide range of tasks, rather than just a few that they repeat over and over again.

Winthrop said the method allows employees to increase their pay to at least $15/hour. And yet, he said, “getting good skilled sewers that really want to take on a job like this has been harder than I would have thought. From recruits there’s a sense of — ‘Hold on a second, I need to be learning multiple operations I don’t know how to do.’”

Other executives have complained that new high-school and community-college graduates don’t have sufficient math proficiency and machine skills to operate new equipment.

But UC Berkeley economist Jesse Rothstein is skeptical of employers’ complaints about a widespread and growing skills gap in the U.S. economy. He said companies have ways to address the labor problems they face and find the workers they need.

“If firms are having trouble finding people with the right qualifications, the natural response is to try to bid away the people who do have that experience from their competitors,” said Rothstein. “So we should see rising wages. We should also see more firms offering training that they pay for themselves.”

Rothstein said neither development is evident in the economy right now.