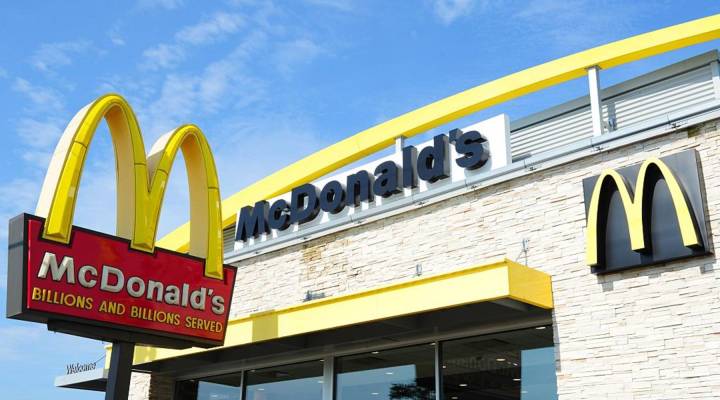 Workers today staged protests at McDonald’s in three dozen cities around the country. The protests come after 15 federal complaints against the fast food giant were filed with the Equal Employment Opportunity Commission claiming “rampant sexual harassment”.

The Fight for $15, a union for fast food workers, organized today’s protests against McDonald’s.

“As the country’s second-largest employer, McDonald’s has a responsibility to set standards in both the fast-food industry and the economy overall,”  said Kendall Fells, organizing director of the union, in an emailed statement.  “Cooks and cashiers are going to keep on joining together, speaking out and taking every step possible to make sure McDonald’s follows its own policies and gets sexual harassment off of the menu.”

McDonald’s says it has a zero-tolerance policy against sexual harassment. In an emailed statement, Terri Hickey, a McDonald’s spokesperson wrote, “there is no place for harassment and discrimination of any kind in McDonald’s restaurants or in any workplace.”

But it’s not just a McDonald’s issue. This week, a survey issued jointly from Futures Without Violence, the National Partnership for Women and Families, and the Ms. Foundation, all women’s advocacy groups, found that 40 percent of female employees at all fast food restaurants have been sexually harassed in the workplace. But most fast food restaurants are franchises.

So can the parent corporation, like McDonald’s be held responsible?

“There’s a trend towards trying to hold corporate franchisers liable for the activity of their franchisees,” said Melissa Chan, an associate attorney with Cary Kane LLP, a labor and employment law firm.

She notes that it used to be difficult to try pin problems on corporate entities. But in 2014 that changed. That’s when the National Labor Relations Board pushed to expand the definition of joint employment, the practice by which a franchise owner and parent company can both be on the hook if and when problems come up.  Which could mean bad news for franchisers like McDonald’s.

“Now it looks like they’re going to be held responsible more often, because under the new standard a franchiser is a joint employer if it directly controls the employee’s activities. But also there could also be indirect or potential unexercised control,” Chan said.

“The McDonald’s franchise agreement covers employee training, many aspects of operations,” says Angela Cornell a clinical professor of law, at Cornell Law School. “It requires franchisees to comply with many policies, corporate policies.”

In addition to the National Labor Relations Board, the Department of Labor is also pushing for changes to ensure employers are held accountable to their employees. At McDonald’s, workers are demanding that the company enforce its policies.

Update: After its publication, this story was updated with an expanded explanation of joint employment from Melissa Chan. Additionally, the original text misspelled the name of Carey Kane LLP. The text now reflects the correct spelling.