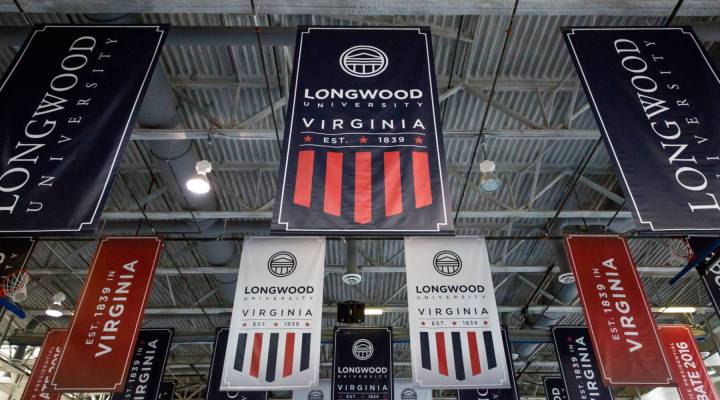 Indiana Gov. Mike Pence and Virginia Sen. Tim Kaine will square off Tuesday night in the first – and only – vice presidential debate, at Longwood University in Farmville, Virginia.

Never heard of Longwood? That’s a big reason the small, public university is hosting this debate.

Longwood will spend about $5.5 million on the debate and related events, said the university’s chief of staff, Justin Pope.

That includes almost $2 million paid to the Commission on Presidential Debates for production costs, plus catering, security, special academic programming and all those Longwood signs you’ll see in background shots.

“In terms of name recognition, it’s just about unmatchable,” Pope said. “The viewership of the last vice presidential debate was more than 50 million. The one before that was about 70 million. Those are Super Bowl, stratospheric-type numbers.”

For advice, the university brought in communications director Michael Strysick of Centre College. That small, private school in Danville, Ky. hosted the 2000 and 2012 vice presidential debates.

The exposure keeps paying off, in donations to the college and rising applications, Strysick said. “This last year we saw our largest incoming class, the academic profile of incoming students has increased, diversity has increased,” he said.

Oh, and there’s the academic value for students, he said, of “a front-row seat to the American political process in action.”