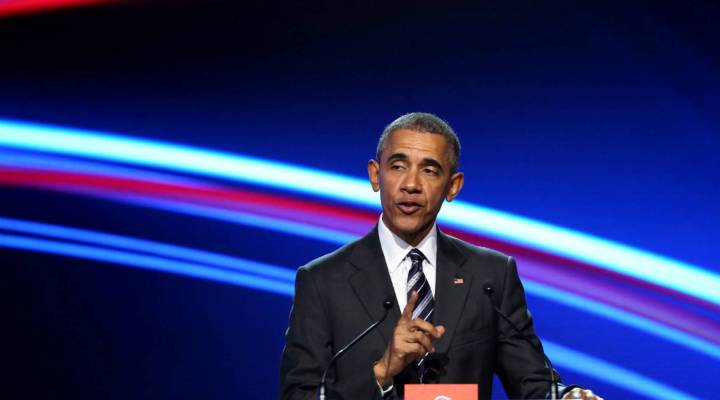 COPY
U.S. President Barack Obama visiting Germany in April of this year to make the case for the T-TIP. RONNY HARTMANN/AFP/Getty Images

U.S. President Barack Obama visiting Germany in April of this year to make the case for the T-TIP. RONNY HARTMANN/AFP/Getty Images
Listen Now

The presidential candidates don’t agree on much, but they agree on at least one thing: They both oppose the Transatlantic Trade and Investment Partnership, or T-TIP, between the U.S. and Europe. Even though passage seems unlikely, President Barack Obama wants to make it part of his legacy before he exits in January. The 15th round of talks start Monday in New York.

And while 15 rounds of discussions seem like a lot, according to Gary Hufbauer, senior fellow at the Peterson Institute for International Economics, it’s par for the course.

“The number of rounds, that’s not unusual given the complexity,” he said. “They go for a long time and it’s a small number given that the obstacles are this large.”

He said people have to remember this would create the largest free trade zone in the world and streamline vastly different international regulations.

Robert Stumberg, law professor at Georgetown University, said this sort of agreement isn’t an easy thing to resolve in a couple of weeks.

“The general thrust of the T-TIP is on regulatory cooperation,” he said. “The meeting of minds between U.S. and E.U. regulators on very complex subjects like emissions of automobiles and regulation of financial services.”

He even offered a clearer way of describing it: “In other words, reinventing government.”

Edward Alden, a senior fellow at the Council on Foreign Relations, said Americans and Europeans expect different things from their regulatory bodies.

“The problem is that raises a lot of pretty sensitive issues especially when it comes to food,” he said. American practices like using GMOs and washing raw chicken in a chlorinated bath are a problem. “So, it’s become a big item of popular protest in Europe.”

He said he’s probably not going to put any money down on this deal getting done before Obama leaves office, either.

“There’s not a snowball’s chance in hell of it being done by the end of this year,” he said. 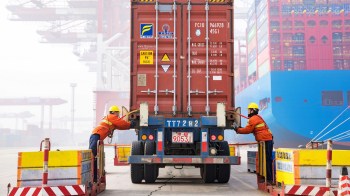