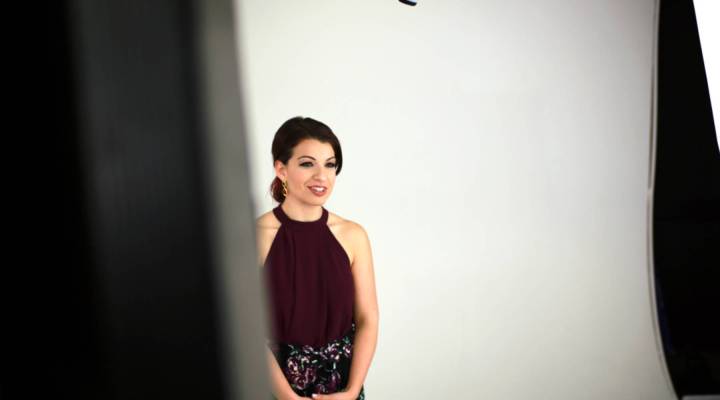 COPY
Anita Sarkeesian on the set of "Ordinary Women." Courtesy of Feminist Frequency

It can be hard to find strong female role models in pop culture — often, women are portrayed as someone’s girlfriend or sidekick.

One person working to change that is Anita Sarkeesian, the founder of the website Feminist Frequency. She’s been critiquing female stereotypes in games and pop culture for years, and now she has a new project: a web series called “Ordinary Women: Daring to Defy History.”

“Unfortunately, so many of our history books are filled with the great stories about men, and what men have achieved,” Sarkeesian said . “I really wanted to create a series that could tell the stories of amazing women who’ve been written out of history.”

The series focuses on historical women like the revolutionary Emma Goldman; the first computer programmer, Ada Lovelace; and Murasaki Shikibu, who wrote the world’s first novel.

Sarkeesian said the series is linked to her work to examine tropes in video games, and stemmed from meeting with game developers and publishers, who really struggled with figuring out how to represent women.

“Too often I heard that women were oppressed in the past, and therefore can’t be in starring roles or doing anything important in games, which is absurd…my hope is that creative folks will take inspiration from these women’s lives, either writing about them, or writing stories inspired by them,” she said.

Sarkeesian has also dealt with harassment first hand.  She said that while it is something she deals with every day, she tries to be undeterred in her work.

“More and more, I’ve personally been trying to create a space where it’s not as big an influence in terms of what I’m creating and why I’m creating — or rather, I’m going to keep doing it in spite of the harassment,” Sarkeesian said.