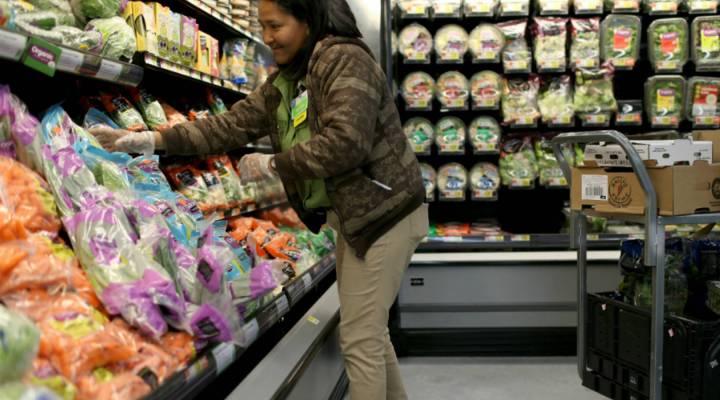 You may have noticed you’re spending a lot less on eggs, milk and meat these days.

Across the country, grocery prices are falling, and are on track for the longest stretch of falling food prices in more than 50 years.

The bargains may be great for shoppers, but are causing increasing pain for producers further upstream.

“Everybody has to make a little bit of money to keep the chain going,” said Jack Baker, a cattle farmer from Butler, Missouri.

Baker said right now the on-the-hoof price of beef is down about 50 percent. Which means a lot of ranchers will likely end up taking losses, and have less money in the bank to invest going forward.

“It’s probably going to be hard for people to get the cash flow to re-buy calves at a very good price,” Baker said.

But Phil Lempert, a food industry analyst for Supermarketguru.com, said the current deflation could be seen as more of a price correction.

“Let’s not forget, that for probably three years before it, we had probably the highest food prices in history,” he said.

Prices had shot way up, thanks to record droughts and a nasty outbreak of bird flu. But now, production has roared back.

Add to that stiff competition between retailers like Wal-Mart, Aldi and Amazon, which has driven bargain shopping to a whole new level.