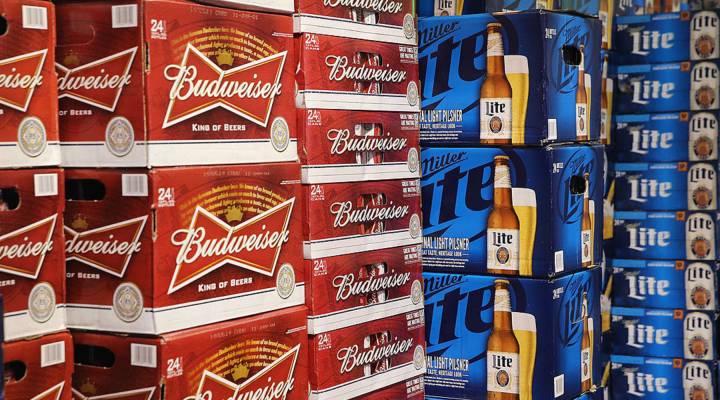 The merger of the world’s largest and world’s second largest brewers was agreed upon by shareholders today.

AB InBev won approval to acquire SAB Miller for more than $100 billion. The deal means that about one in every four beers sold around the world will be a product of this mega-brewer.

Bart Watson, chief economist for the Brewers association, said the new company is going to look to emerging markets.

“This wasn’t about the U.S. market as much as it was about developing markets where SAB Miller was strong and where AB InBev was weak,” he said.

Beer consumption has been down for years in the U.S. and Canada, but Africa is a big growth market and that’s where this new combined company said it will focus.

Dirk Hackbarth, professor of finance at Boston University, said this amount of market share doesn’t mean it’ll start charging whatever it wants for beers, but it could ultimately change what consumers have to pay.

“The price of beer is not going to go down,” he said. “I doubt it’s going to be $25 a can, but while you might not see the price ratchet up quite as quickly, you’ll maybe just see sort of a quiet, slow growth in prices.”

Jason Foster, a beer writer based in Canada, said he doesn’t think this will affect the mass-consumption beer market.

“Given the overall trends in the industry, I don’t think we’ll see a homogenization of the flavors, it’s not like suddenly, you know, Millers will taste like Budweiser,” he said.

That’s unlikely, anyway, given that SABMiller had to sell off some assets like Miller Lite to appease regulators. But Foster’s biggest concern is what this will mean for craft brewers, because the new mega-brewer will try to increase its share of the craft beer market.

“They’ll have increasing motivation to try and create what I like to call pseudo-craft offerings in an attempt to try and gobble up even bigger market share,” he said.

Because 27 percent of the world’s market share just isn’t enough.