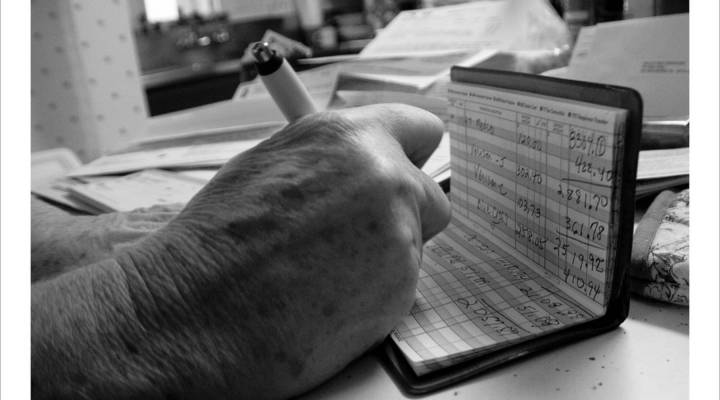 For many it's a challenge to make ends meet. Michael/Flickr

For many it's a challenge to make ends meet. Michael/Flickr

In last night’s presidential debate a lot of ground was covered, including the Trans-Pacific Partnership, Hillary Clinton’s email scandal and Donald Trump’s tax returns. But one thing noticeably missing from the discussion? Minimum wage.

Trump did not mention it at all, and Clinton mentioned it just once in her opening statement:

“We also have to make the economy fairer. That starts with raising the national minimum wage and also guarantee, finally, equal pay for women’s work.”

The issue of minimum wage is a big deal for the roughly 42 percent of American workers that make below $15 an hour. As part of our My Economy series, we’ve talked to workers across the country to see how they make ends meet. Here are a couple of their stories:

Relonda Brown lives in St. Louis, and she works several jobs to support her family.

Tami Shultz lives in Knoxville, Tennessee, and despite having a job with the University of Tennessee, she still has trouble paying the bills.

Brown’s story was originally featured in this episode of Marketplace Weekend.

Shultz’s story originally featured in this episode of Marketplace Weekend.