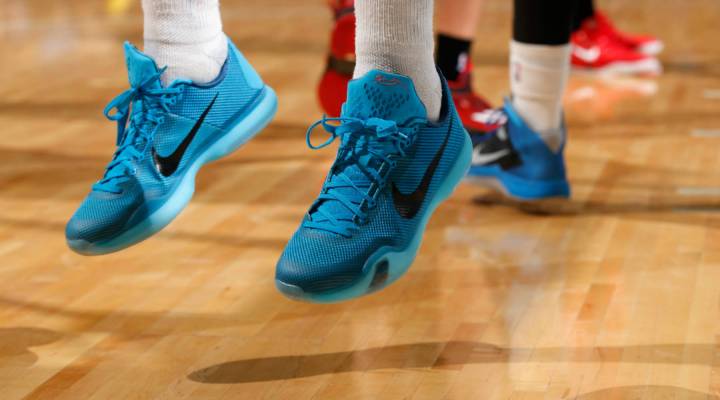 COPY
One analyst says that Nike's problem is its focus on basketball shoes. Doug Pensinger/Getty Images

Caution and low expectations: that’s how several analysts are talking about Nike before the company comes out with its first quarter earnings report later today.

Athletic footwear is a $35 billion industry, and as our taste in footwear changes, Wall Street expects earnings to be down for the shoe king.

Nike’s strength — its basketball line highlighting the NBA’s incandescent stars and their signature shoes — have helped make it rain for years.

But NPD analyst Matt Powell said the allure of the latest LeBron and Kevin Durant sneakers is gone.

“We’re very much in a retro fashion cycle today,” he said. “Millennials are really flocking to wearing old-school looks.”

Like those green and white Adidas Stan Smith throwbacks, which Steve Weiss at Short Hill Capital Partners says are flying off the shelves.

Weiss said Nike’s problem is its focus on the basketball shoe.

“I couldn’t wear [basketball shoes] to a meeting. It’s not as accepted,” he said. “Whereas a black sneaker with a white sole, Prada makes shoes like that. Every upscale manufacture is making that.”

Weiss said Nike’s got to start pushing casual shoes that can pass at the office, at least as long as this fad lasts.