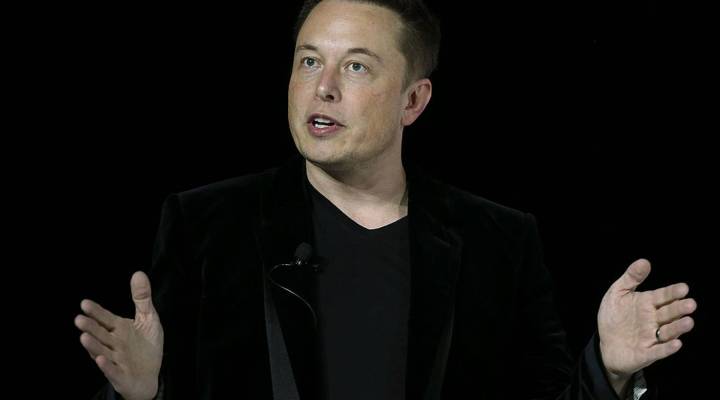 Elon Musk has another out-of-this-world idea: He wants to form a colony on Mars. The SpaceX and Tesla CEO spoke at the International Astronautical Congress in Guadalajara, Mexico, today about his plan to create a civilization on the Red Planet.

“I think there are two fundamental paths, history is going to bifurcate along two directions: One path is to stay on Earth forever and there will be some eventual extinction event — I don’t have an immediate doomsday prophecy, but history suggests there will be some doomsday event,” Musk said. “The alternative is to become a multiplanetary species, which I hope you will agree is the right way to go.”

He has talked about his Mars vision before, but went into greater detail in today’s presentation. He outlined why Mars is a better choice for becoming multiplanetary than other planets or the moon.

“We could conceivably go to our moon, but it’s challenging to become multiplanetary on the moon because it’s much smaller than a planet, it doesn’t have an atmosphere, it’s not as resource rich as Mars,” Musk said. “In general, Mars is better suited to be a self-sustain civilization.”

How much will it cost?

Musk pointed out that the current cost of sending someone to Mars comes out to $10 billion per person using “traditional methods” such as those used by NASA to send people to the moon.

He wants to cut down the cost by “5 million percent” by making reusable spaceships, refilling tanks in orbit and producing propellant for the ship on Mars.

This will bring down to the cost per person to nearly $200,000 or the median cost of a house in the United States, he estimated.

How will you pay for it?

As for funding, the presentation included this slide:

“Obviously funding is going to be a challenge to fund this whole endeavor,” Musk said.  “We do expect to generate a pretty decent net cash flow from launching satellites, servicing space station for NASA, transferring cargo to and from space station.”

He also said that there’s interest from the private sector in funding a base and perhaps there will be interest on “government sector side,” as well. Musk also said he would fund some of this program with his own “personal assets.”

‘Are you prepared to die?’

While walking the audience through the logistics of a trip to Mars, Musk said a one-way voyage from Earth to Mars could take a little as 80 to 30 days, which he considers “fairly manageable considering the trips that people used to take in the old days that routinely took sailing voyages of six months or more.”

He said that while being stuck in a spaceship may seem “cramped or boring,” they plan on making the ship more entertaining for passengers.

“The crew compartment is set up so you can do zero g games, float around, there will be movies, a restaurant,” Musk said. “It will be really fun, you’re gonna have a great time.”

In the Q&A section after the presentation, Musk was asked about what kind of people should be the first humans on Mars, to which he responded:

“The first journey to Mars is going to be very dangerous — risk of fatality will be high. There’s no way around it. I would not suggest sending children. It would be basically, ‘Are you prepared to die?’ If that’s OK, you’re a candidate for going.”

Updated: This story has been updated with additional information from the presentation.