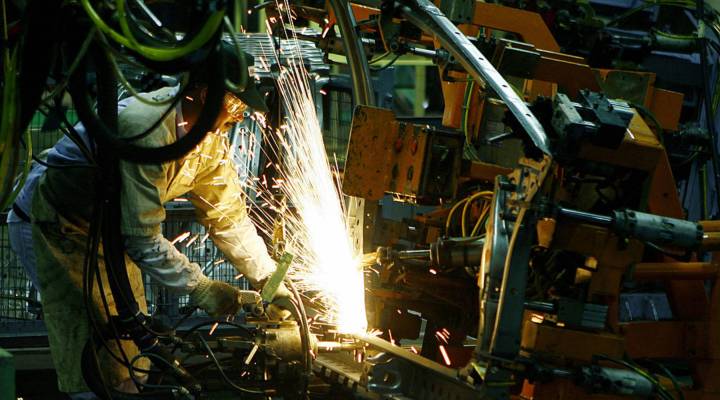 If you want to know what it takes to bring a manufacturing job back to the United States, the best place to start is with someone who’s done it.

Like many manufacturers, the makers of TinkerToys and LincolnLogs shifted a lot of production to China in the late 90’s.

“The savings were dramatic,” recalls Michael Araten, CEO of K’NEX. “In the range of 40 to 70 percent in some cases. Primarily it was labor costs but it was also the supply chain – China in particular subsidized the factories, subsidized the trucks to get things back and forth.”

But in 2009, K’NEX did exactly what the presidential candidates want companies to do, it brought 90 percent of its production back to the U.S..

Why?  Because all those pluses  in China had started to fade away.

“As labor costs were going up in China, they were morphing from pure exporter to consumption based economy, the savings started to disappear,” said Araten.

Labor costs in China have been on the rise for over a decade, sometimes jumping 15 precent a year.  Other costs became more noticeable to Araten.

“So for example you’ve got to carry more inventory if you’re making things in China,” he said “because it takes another month to get here than if you’re making it here.  Double layers of management, you need management here and overseas. You have less flexibility in terms of what you want to make to meet market demand.”

Many of the companies who have brought manufacturing production back to the U.S. have done so because they sell into the U.S. market.

“Part of the reason you’re not seeing more reshoring is that a lot of those manufacturers who went to China for low cost reasons have actually found a market there,” said Craig Giffi, Vice Chairman of the automotive industry practice at Deloitte.

For companies that produce in China to sell to China, or elsewhere, they’re sticking with China.  Or Vietnam.  “At this point, I think manufacturing reshoring is a relatively small component of manufacturing job growth in the U.S.,” said Giffi.

Some economists question which jobs the United States should want to bring back.

“There are two types of manufacturing jobs,” said Nick Bloom, professor of economics at Stanford.

“There are low wage, low skill, frankly quite dangerous manufacturing jobs, and we lost millions of those in the 2000’s . To bring back the low wage low skill jobs you basically have to cut American wages below competitors in east Asia and I really don’t think that’s what we want to be doing.”

Then, there are high skilled jobs.  These are jobs that are coming back, and they’re associated with  automation.  “Companies here that are involved in manufacturing have typically invested a lot more in automation than the ones in China, it takes away the large advantage that China has which is their low cost of labor,” explained K’NEX CEO Michael Araten.

Automation makes manufacturing possible in the U.S., it also limits the number of jobs required.

On the floor of The Rodon Group, which manufactures some components for K’NEX, the trade off is visible.

“Because we are  so highly automated we have about 110 presses here … and only about 8 operators on the floor,” explained spokesperson Jill Worth.

In a world where manufacturing jobs are fewer and higher tech, bringing them back requires a different workforce than in the past.

“Number one is to strengthen our skilled workforce,” said Harry Moser, president of the Reshoring Initiative, which advocates for returning jobs to the U.S.  “We have lots of communications and philosophy majors and not enough toolmakers precision machinists, welders, chemical technicians.”

This is something Michael Araten, CEO of K’NEX, agrees with this.

“We have a talent shortage,” he said.

Skilled workers.  It’s not the catchiest or quickest slogan for a campaign, but according to many business leaders and economists, it’s the reality.