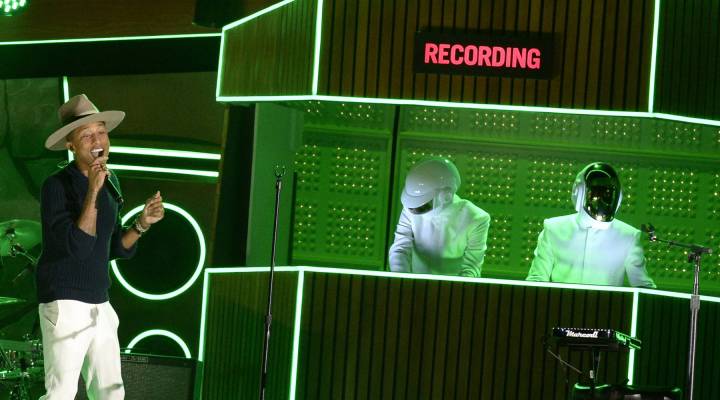 COPY
This is how we imagine the songwriting process. Kevork Djansezian/Getty Images

This is how we imagine the songwriting process. Kevork Djansezian/Getty Images
Listen Now

Look, I’m never gonna be mistaken for anybody’s musical taste-maker, but this isn’t so bad, right?

Kinda cliche, but still not bad for a computer. It’s the first pop release composed by artificial intelligence computers at the Sony Research Lab. Sony’s computers have been able to do Jazz for a while, Quartz notes, and the Lab posted a second tune in a dreamy Jazz style.

Hopefully they don’t teach these computers to host a public radio show next.