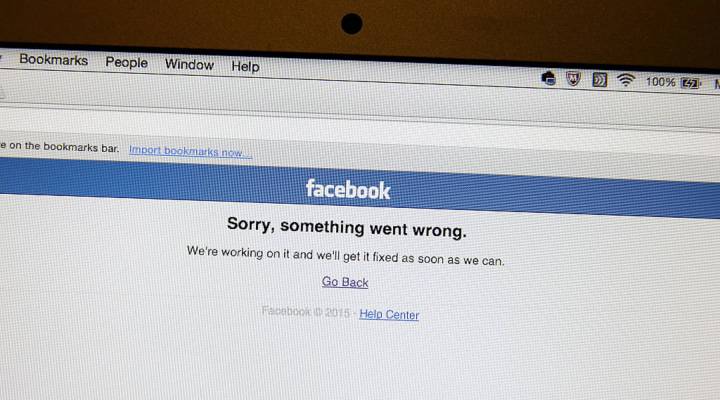 In this advertisement from the Tex Mex restaurant Chuy’s, the average view for the video was 100 percent. That means everyone who saw the ad supposedly watched it from start to end.

“While this is only one of the many metrics marketers look at, we take any mistake seriously,” said David Fischer, vice president of business and marketing partnerships, in a Facebook post.

Fischer also added that the miscalculation did not impact video metrics or billings.

Still, mistakes like this breed mistrust, said Gary Wilcox, a social media and advertising professor at the University of Texas at Austin.

Advertisers may have misjudged how they’re doing and thought, “Geez, if that’s working, let’s throw more money at that and see if we can keep that success,” Wilcox said.

Many advertisers have been calling on third-party firms to step in and double-check numbers.

“We have also been calling for a long time for media owners like Facebook and Google not to mark their own homework and release data to comScore to enable independent evaluation. The referee and player cannot be the same person,” said Sir Martin Sorrell, CEO of advertising company WPP.

But not all advertisers — especially the big ones — are too burned by Facebook’s misstep, said Sam Rosen, vice president of market intelligence firm ABI.

“Some advertisers are in a very data-rich environment already because they’re able to measure the follow-through of their customers directly through their e-commerce platform,” Rosen explained.

As for Facebook, “well, the market seems to be shrugging this off, so I don’t think it’s a body blow, but it’s definitely a black eye,” said Paul Verna, a media analyst with eMarketer.