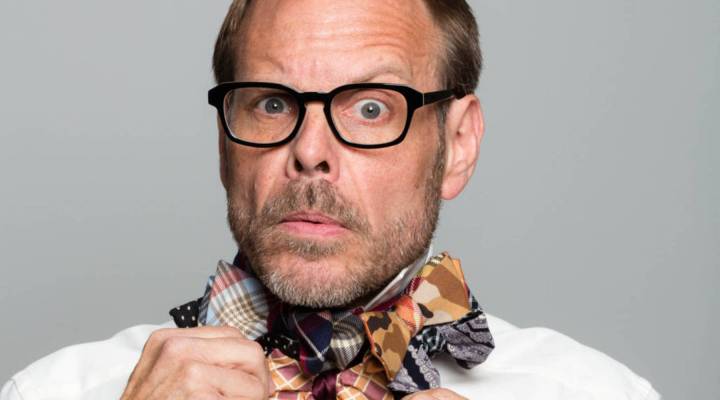 No matter who you are, you’ve probably had a rough day at the office that changed your perspective, or maybe you made an impulse purchase you really, really wish you could take back. This week, Alton Brown, author of “EveryDayCook” and self-described “poly-culinary hypenate,” took our money-inspired personality questionnaire.

Everything else that does make you happy. Money buys time, money buys nice transportation, money buys everything but love and sometimes enough things to make up for not having love, like puppies.

A service dog for a very, very rich lonely woman.

What is something you bought that you know completely regret buying?

My second airplane, because it meant selling my first airplane and I really love that airplane.

When did you realize working with food could be an actual paying career?

[laughs] When somebody actually started giving me money to do it. It wasn’t actually until my show, “Good Eats,” got picked up by Food Network. It was actually when we got picked up for a second season out of what became a fourteen-year run, but I really didn’t get it until that first pickup after the first 13 episodes.

Probably a photograph of that first airplane. No, I’ll be really honest, I don’t have any prized possessions.

Not like a really good pan or spatula? I assumed that’s where you were going to go.

Those are all just tools. I do not get emotionally attached to things. I just don’t. I can pick up a thing and I can enjoy and I can like it, but in the end, it’s just a thing. And you either own it, and if you own it, then it owns you. I just don’t get that attached.

My first paying job was a busboy in a barbecue restaurant, I was 14 years old. I got fired later for being underage.

A decent watch, because a decent watch will always remind you of the one thing that is running out that you can’t get back.

Don’t sell that first airplane. No, I’m kidding. Don’t take advice from anybody. Figure it out. Because 90 percent of the advice that people give you is actually them expressing regret or fear.