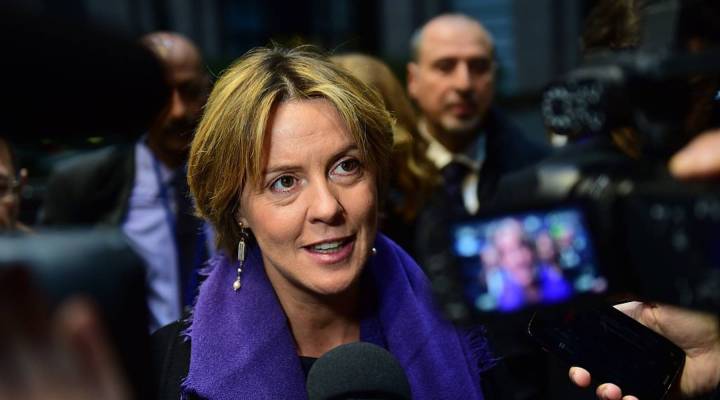 The Italian government is trying to combat criticism over an infertility campaign that protesters said is ignorant of the country’s economic problems, and racist and sexist to boot.

Italy tried to celebrate its first “Fertility Day,” today, but was met with criticism over its flyer, the Associated Press reported. The advertisement had four white adults smiling on a beach to illustrate good habits, with a contrasting group of young people, including one black man, smoking to illustrate bad habits.

Health Minister Beatrice Lorenzin told the AP she had approved a different ad but there was a mix-up and she has fired the person responsible. Another ad, according to Reuters, showed a woman holding her belly with the tagline: “Beauty doesn’t have an age. Fertility does.”

Italy was in its fifth straight year of decline in births in 2015, registering the lowest number of births in 150 years. Lorenzin said during the campaign launch that 700,000 Italians who want to have children can’t because of infertility problems. The campaign decries tobacco, drug and alcohol abuse.

But protesters said the reason is the country’s stagnant economic. The country faces deep debt and a lackluster job market.

Protesters’ signs drove that last point home, with one sign reading: “I am expecting…income! #FertilityFake’”