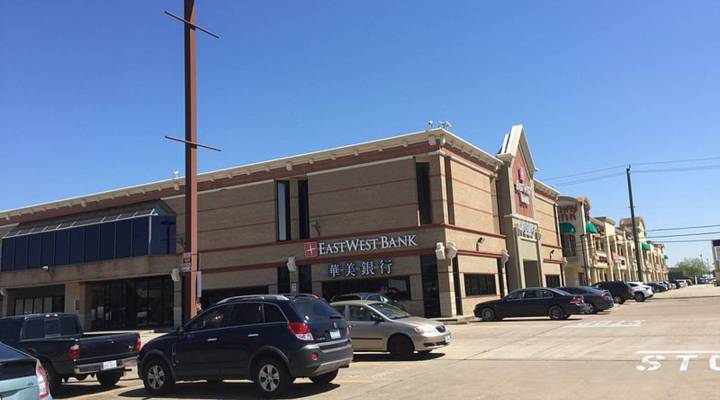 Meet Dominic Ng, the CEO of East West Bank. The headquarters are in Pasadena, California but that’s not why Mr. Ng, and the bank he runs, is so significant.

Mr. Ng is arguably the most important American banker on the China-US economic axis. He and his bank connect Chinese investors with American companies, especially those in the film business. The news that Dalian Wanda, the Chinese conglomerate that bought AMC theaters back in 2012, is set to close a multi-billion dollar deal with Sony Pictures is another reminder about how valuable the relationship is to both countries.

On why East West Bank wants to be a the middle man for Chinese investment in Hollywood:
“We looked at, strategically, what are the type of industries in the U.S. that is important to China? Today, Chinese box office ticket sales are over $7 billion. By 2017, China will exceed United States. So from that standpoint, I see that, that the growth is going to be tremendous. And it’s just natural for the Chinese studios to want to come to California and Hollywood to learn how to produce and make global movies.

On working between two very different economies:
In the long term, the largest and second largest economy in this global setting just have to work together. And there’s going to be plenty of business to do. I mean, I think since 2008, 2009 when President Obama kept urging the Chinese president to bring in the entourage of investors to come to U.S., as we have witnessed, massive investment is coming in. And this investment will create great jobs for the U.S. And that’s something we should always keep in mind.

Listen to the rest of the interview with East West Bank CEO Dominic Ng above.