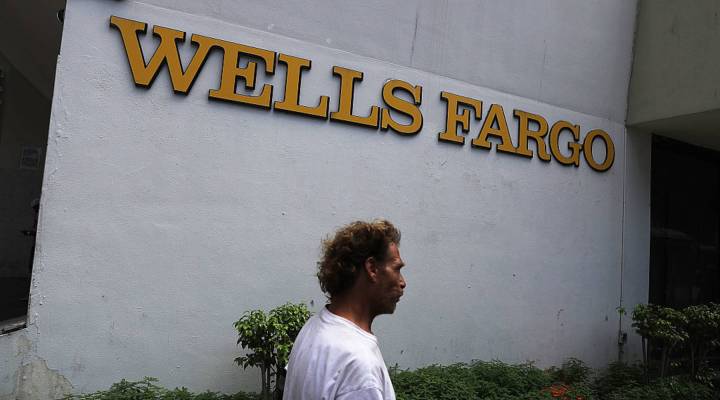 Wells Fargo CEO Jon Stumpf went to Capitol Hill today to get an earful from Senators.

Senator Elizabeth Warren did not hold back.

“This just isn’t right.  A cashier who steals a handful of twenties is held accountable but Wall Street executives almost never hold themselves accountable,” she said, referring both to the financial crisis and to the incentive system at Wells Fargo that she said drove employees to illegally open bank accounts for customers without their knowledge.

The Senator had some very specific remedies in mind, “you should resign, you should give back the money you took while this scam was going on and you should be criminally investigated,” she said.

Wells Fargo, like many large companies, actually does have a provision for taking back incentive pay from executives — see page 47 of this proxy statement.

This is known as a clawback or recoupment policy.

“A clawback is just when you thought you got away, they come after you,” said Steven Davidoff Solomon, a professor at UC Berkeley School of Law. “You’ve been paid your compensation, you cashed your bonus, you do something wrong and they come back and take your bonus away.”

Historically companies could only grab back bonuses if someone personally broke the law. In 2002, the Sarbanes Oxley Act allowed the SEC to demand clawbacks as part of a settlement if a company’s financial statements had to be re-stated.

Since the financial crisis, said Davidoff Solomon, companies have added other reasons for clawing back money, “failure to supervise, bad faith, negligent in your duties.”

Wells Fargo’s clawback policy includes reasons such as “misconduct which has or might reasonably be expected to have reputational or other harm to the company or any conduct that constitutes ‘cause.’”

“Most of the clawback policies currently in place leave a fair amount of discretion to the board of directors,” said Hillary Sale, professor of law at Washington University in St. Louis.

There is a section of the Dodd Frank financial reform bill — section 954 — which requires publicly traded companies to have clawback clauses.  It threatens delisting from national stock exchanges if they don’t.  But this section of Dodd Frank — like many others — is not in effect yet.  Still, a lot of companies already are putting them on the books.

“Eighty-five percent of Fortune 100 companies have these policies in place,” said Sale.

Also, clawing back money can quickly become a legal catfight, and an expensive one at that. Min says boards may be hesitant because they don’t want to discourage risk taking.

“The type of pushing the boundaries behavior is actually conduct that boards may want to see a lot of because in most situations it may tend to maximize shareholder wealth until they get caught,” he said. “But that’s the cynical explanation.”

Then again, not clawing back money after a scandal can look really, really bad.