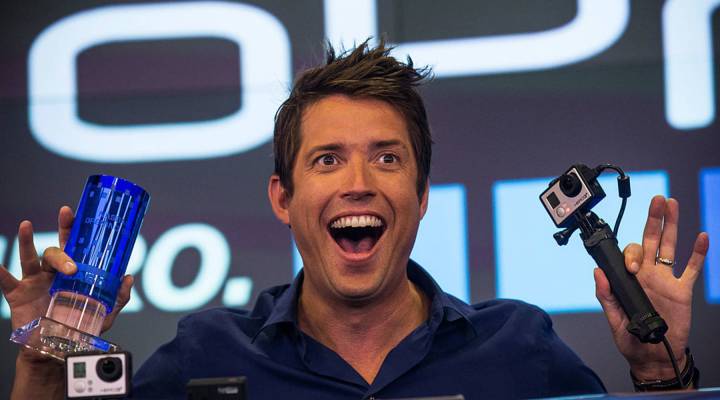 GoPro is reportedly releasing its selfie drone on Monday, a move from a company struggling to shed its one-trick pony image.

A dependence on hardware sales has plagued the camera company since it went public in 2014. With increasing competition from other tech companies, GoPro has had trouble convincing Wall Street that it can continue attracting consumers to its cameras.

GoPro’s drone will reportedly have a price tag of about $750 and be able to automatically follow extreme sports enthusiasts, like surfers and snowboarders, around while they are in action.

While GoPro’s news could be seen as a mainstreaming of selfie drones — drones that follow you around by honing in on a tracker, like your smartphone — the company may be trading one struggle for another. Drones in general have faced major scrutiny, thanks to safety and privacy concerns, but consumer tastes seem to be propelling the industry. Research firm NPD reported in May that sales of drones more than tripled to $200 million since April 2015.

Selfie drones fall into the category of smaller crafts typically aimed at hobbyists, or more mainstream consumers, and have some sort of auto-follow feature or tethering to make it easy for the user to capture images with relatively little drone-flying experience. The Federal Aviation Administration’s new drone regulations took effect last month, but these smaller models are exempt as long as they are for recreational use, or weigh under 0.5 pounds.

There are several selfie drones already on the market, plus speculation that established drone maker DJI may be developing its own version to tap into the hobbyist market. Even Chinese internet giant Tencent is jumping into the market. The company, which owns multiple social media platforms, announced in January that it was teaming up with chipmaker Qualcomm and drone company Zerotech to produce a drone designed specifically for taking images and sharing them online directly.

While drones certainly created buzz in the tech world, it’s early days, making it hard to tell how well the selfie drone market is doing. But, let’s take a look at a few of the models that are already on the market and what kind of consumer interest there is so far.

Fotokite Phi: This drone weighs 12 ounces and is compatible with a GoPro camera. The preorder price is $349 and the estimated retail price will be $500. The company raised $413,495 — 14 percent over what it was projecting— last year in an Indiegogo campaign.

Lily: The company behind this 2.8-pound drone announced 60,000 preorders for the flying, waterproof camera in January, with plans to start shipping at the end of this year. The preorder price is $799, but the price tag will increase to $999 after the product launches.

ONAGOfly: This nano drone weighs just under 5 ounces and it smashed its Indiegogo campaign last year. With a starting price tag of $259, the drone’s creators were able to raise nearly $3.5 million. Its initial goal was only $150,000.