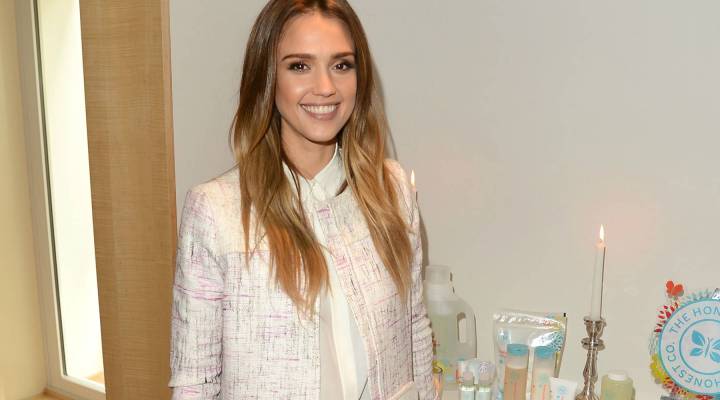 The Honest Company, a natural home products startup, could be getting snapped up by a big buyer.

The Wall Street Journal is reporting Unilever is “in talks” with the five-year-old company founded by actress Jessica Alba, and could offer more than $1 billion in the deal.

Honest makes diapers, infant formula and so-called “green” cleaning products, and a lot of that is through an online subscription service as well as in stores. It’s become popular with parents.

Unilever is the giant that owns Dove, Axe and a slew of other products you can find at a CVS, and the company seems to be trying to gain market share in the vaguely hipster online retail space.

Earlier this year it acquired Dollar Shave Club. It’s also the company that scooped up Ben and Jerry’s back in 2000, raising some hippie hackles, but ultimately resulting in an acquisition that’s been praised for keeping the ice cream company close to its roots.

The Honest Company is currently facing several lawsuits over concerns that it was dishonest about ingredients in its natural-branded products, including baby formula. The Wall Street Journal has accused the company of dishonesty about its laundry detergent. Meanwhile, founder Jessica Alba has refuted all those claims and pledged to keep Honest transparent.