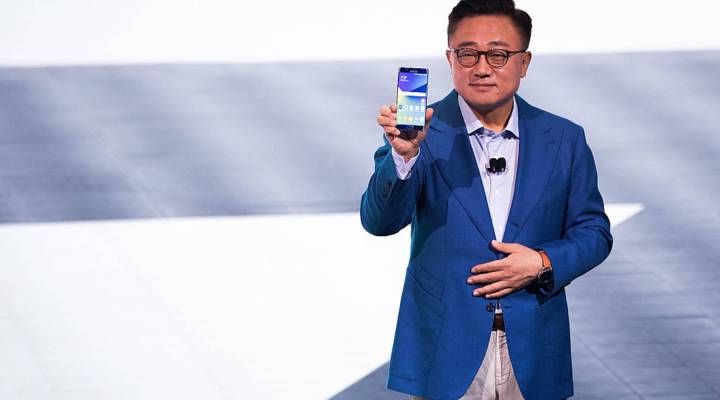 Samsung reported 92 incidents of batteries overheating in the U.S., including 26 incidents of burns and 55 reports of property damage, according to the Consumer Product Safety Commission.

Two weeks ago, Samsung voluntarily recalled the devices. An official recall from the government should’ve happened long ago, said Jennifer Shecter, a recall specialist and spokesperson for Consumer Reports.

An official recall means “it becomes illegal to sell the product,” she said. “There is a fix in place that the government has reviewed and approved, and consumers have a clear message.”

Up until now, she said consumers have gotten ambiguous and often conflicting messages from the government, Samsung and carriers.

Liam Easton, 42, turned in his Galaxy not long after Samsung’s problems became public.

“Because I don’t want this Galaxy Note7 to blow up in my hand or, you know, in my house or in my car,” he said.

Easton’s expecting his loaner to arrive in the mail this week. But many thousands of other Samsung users have not been so eager to part with their digital lifelines.

As part of the official recall, the CPSC said “consumers should immediately stop using and power down the recalled Galaxy Note7 devices.” Consumers then have the option to receive a new phone with a different battery, a refund or a replacement.

Because of Samsung’s missteps, “they turned an already bad situation into a worse one,” said Jonathan Bernstein, president of Bernstein Crisis Management.

He said for a long time, Samsung was still thinking, “that they could contain the situation to the environment they’re comfortable with. In this case, Korea. That wasn’t true anyhow, but it certainly isn’t true when it gets into other countries that have a very active, investigative media.”

“Because you’re changing the perception of the brand, the value it provides in the mind of the audience,” he said.

The largest maker of smartphones can recover, he said. But it’ll need to do better going forward, while it rebuilds customer trust.