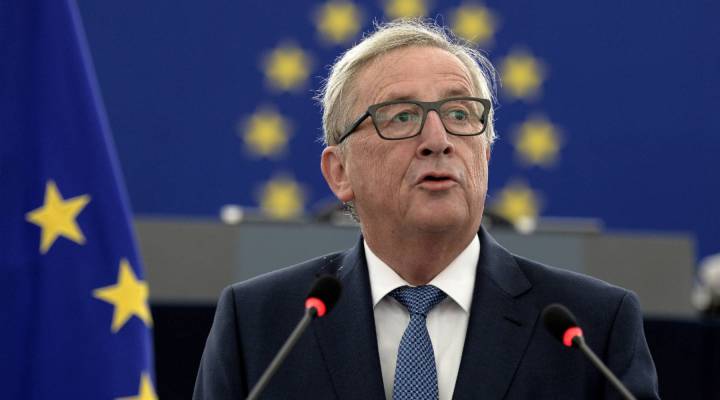 A new proposal for regulating the internet is out today in the European Union, following months of work by the European Commission to clarify rules and regulations about broadband and copyright.

But the copyright rules have already proven controversial, and are likely to face pushback from both U.S.-based companies like Google and Facebook, and European consumer advocates.

The proposed EU framework focuses on the rights of publishers and people who make videos and music, and could end up requiring platforms like Google, Twitter and Facebook to get permissions or pay fees for linking to copyrighted content.

“It might be a double-edged sword,” said Eleonora Rosati, a professor of intellectual property law at the University of Southampton in the U.K. “At the end of the day these news aggregators might drive traffic to newspapers’ websites.”

She said in Spain, where a similar law already exists that doesn’t allow publishers to waive the fee, Google news disappeared.

But Chris Green, a tech analyst with the firm LEWIS, said it’s not Google and Facebook that will have the hardest time complying with rules imposing fees and allowing publishers and video and media producers to go after platforms that display their content.

“The biggest concerns are actually gonna sit more with smaller technology companies, the ones who don’t have an internal, fully fledged legal department,” Green said.

The proposal does include exceptions to the stringent copyright rules for material that’s educational or culturally important.

The “areas of intervention” where the EU will attempt to allow more free movement of information will be “digital and cross-border uses in the field of education, text and data mining in the field of scientific research, and preservation of cultural heritage.”

“We don’t have a clause like fair use,” said Julia Reda, a German member of parliament who worked closely on the European Parliament’s draft of copyright rules, referring to the broad set of exceptions in the U.S. for recycling copyrighted content for another purpose.

She said much of what parliament proposed was ignored as the European Commission attempted to accommodate “old media,” and she’s concerned that a focus on fees and enforcement will only backfire, preventing consumers from accessing information freely and rendering wealthy companies like Google the only viable distribution platforms. Google subsidiary YouTube has already built its own technology to monitor copyright on its site in an attempt to prevent fees and lawsuits.

In a speech Wednesday, EU President Jean-Claude Juncker said the rules are about modernizing and increasing access — while also protecting content creators.

“As the world goes digital, we also have to empower our artists and creators and protect their works,” he said.

Google, probably in effect the largest potential target of the laws, posted its own response to the proposal Wednesday, praising aspects of it while also expressing concerns:

Today’s proposal suggests that works including text, video, images and more must be filtered by online services. This would effectively turn the internet into a place where everything uploaded to the web must be cleared by lawyers before it can find an audience.

Google, which has already been lobbying in Brussels around the issue, said it will continue to play a part in the discussions.

Now that a detailed proposal has been released, it could take up to a year for the EU to pass it into law.