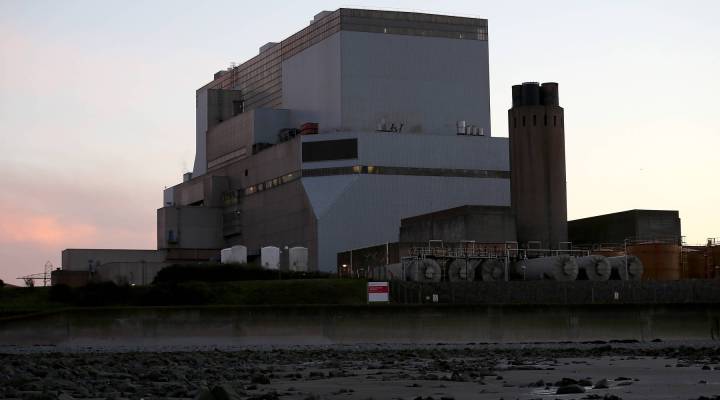 British Prime Minister Theresa May is facing her first big economic and foreign policy decision.  May has to decide whether to give the go ahead to a hugely controversial multi-billion-pound plan approved by her predecessor David Cameron who resigned as prime minister when the UK voted to leave the European Union in a referendum on June 23rd.

Under the plan the French would build a nuclear reactor at Hinkley Point in Western England, on the north coast of Somerset. The Chinese would pump some $8 billion into the project and they would eventually be allowed to build and run their own nuclear power station at another location on British soil, near the village of Bradwell-on-Sea on the Essex coast.

This would be a first.  No other developed western country has permitted China such access to its critical, energy infrastructure.

“I’m not happy with the Chinese running a power station here. They’re trying to dominate the world by stealth,” said one Bradwell resident.

“I’m not unhappy about a nuclear power station coming. We had one here for many years,” said another resident. “What I’m not happy about is that it’s going to have Chinese involvement.”

Bradwell is situated at the mouth of the Blackwater River.  On the other side of the estuary – where he can see the old, decommissioned power station from his bedroom window – Barry Jones, of the Blackwater Against New Nuclear Group, is also fretting about the possibility of China building and running a nuclear facility on his doorstep.

“Should the strategic relationship between China and the West deteriorate, a nuclear power station of this type could be deployed in a way that would be damaging to our material and strategic interests,” Jones, a retired professor of international relations, told Marketplace.

“Some local residents are concerned that if there’s a conflict between China and the West, the Chinese could access our national grid and sabotage the wider electricity supply. Also, in the worst case scenario, you can turn a nuclear power station into a dirty bomb, very, very easily. You explode the installation in a conventional way and then it distributes nuclear waste on a wide scale.”

Supporters of the project take a much less apocalyptic view of future Anglo-Chinese relations and they point to the economic benefits that would flow — first of all —  from the Hinkley Point project.

“There would be 25,000 jobs in the construction phase. And when the Hinkley plant is up and running there would be 900 long term skilled jobs. And the plant would supply up to 7 percent of UK electricity demand; much needed, low carbon power.  So you’re talking about a fairly big impact,” said Claire Jakobsson  of the EEF manufacturers’ organization.

And, of course, there’s Brexit. As it starts to disengage from the European Union and scans the horizon for compliant new trade partners, can Britain afford to rebuff the emerging economic superpower, China? Jakobsson  contends that Prime Minister Theresa May should endorse the deal.

“I think it would be one of her government’s early and clear decisions. I think it sends a signal that Britain is open for business,” she said.

Some China watchers also dismiss the security concerns. Ben Chu, Economics Editor of the UK newspaper, The Independent, says it would be incredibly self – defeating if China abused its position at Bradwell.

“Why would it do that? It hopes to be a big exporter of this technology. This would ruin its potential to sell nuclear power to other countries,” Chu said.

But critics of the deal say it allows a potential enemy will alarm Britain’s closest ally – the United States. Dr. Paul Dorfman – a nuclear scientist with The Energy Institute – says Theresa May must ask herself a simple question.

“Do we want to let the Chinese military into key UK strategic nuclear energy infrastructure? Because that is what the UK would be doing if it allows the Chinese to build a reactor at Bradwell,” he said.

Prime Minister May faces a tough decision: Strike a deal with the Chinese, show that UK is open for business and upset the US.

Whatever May decides, there will be howls of protest.