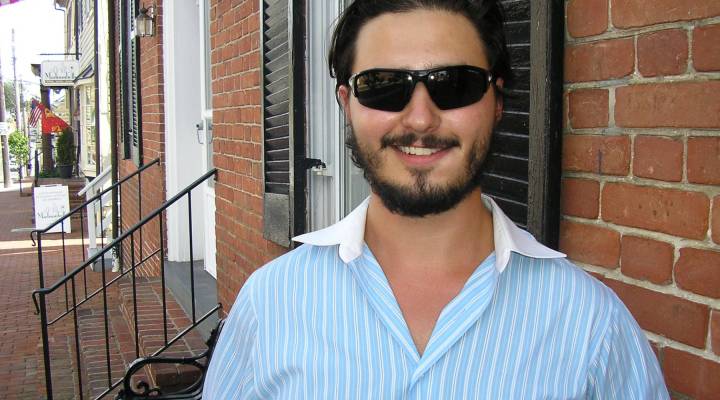 We’re used to hearing the phrase “swing state” when we talk about elections. But how about swing demographics?  Groups that are up for grabs, and could help decide the election.  Now, for the first time in years, white, college-educated males make up a critical block of undecided voters.

“I don’t know what I’m going to do for the president,” he said. “There’s just nobody to vote for.”

Burgess is walking across a parking lot in downtown Leesburg, Virginia.

He’s from North Carolina.  Has a college degree.  He’s an IT consultant, traveling on business. He usually votes Republican.  So I asked him what he’s going to do.

“I find myself having to vote for the lesser of the evils,” he answered. “And I’m just sick of it. That our politicians are so corrupt that I can’t trust any of them.”

Duke Burgess is squarely in the new “swing state”.  Not as in the United States.  But a state of being. White, male, college-educated voters.  Who can’t make up their minds, between either major party nominee.

“This is really a year of the neither, right?” said Cliff Young, president of Ipsos Public Affairs. A polling firm. “This is really the year where both choices sort of stink.”

Burgess said there’s always a block of swing voters. But I ask him –  the last time there were a bunch of college-educated white men in that group?

“At least in my experience, never,” he answered.

Now – the top issue for this big, new, swing voting block?  The economy. They want long-term economic growth. And job stability. Another thing about these guys?  Donald Trump’s stump speeches? Don’t move them.

Duke Burgess is an undecided voter from North Carolina.

“Trump’s message – it’s very, very visceral,” said Charlie Cook, a columnist at the National Journal. And editor of the Cook Report. “Some people are more open to relatively nuanced arguments and weighing pros and cons. And other voters tend to see things in a more binary way. That something is either good. Or it’s bad.”

Cook said the first group of voters — the undecided white men I’ve been talking about – they aren’t moved by that black and white argument. They want more information.

Corbin Ayers is one of these guys. He’s 24, works for a marketing company in Leesburg.  He wants details. On trade.  Foreign policy. From both Donald Trump, and Hillary Clinton.

“Anything that either candidate is saying, I’m like — OK, so how’d you get that conclusion?” he said. “They’re not giving us the facts. They’re just giving us opinions.”

Ayers said he’d just like to hear the facts. That would help him make up his mind.

And there are a lot of Corbin Ayers out there. Trying to figure out who to vote for.

“And so the question is, what is the percent this year of undecideds?” said Cliff Young. “It’s much larger — much larger than in past years.”

How much larger? Well, in 2012, 13 percent of voters were undecided.  This year?  It’s about a quarter of the electorate.

A big part of that is this new, swing block of white men.  Young said all this indecision means this year’s election will be even more suspenseful and volatile than usual.