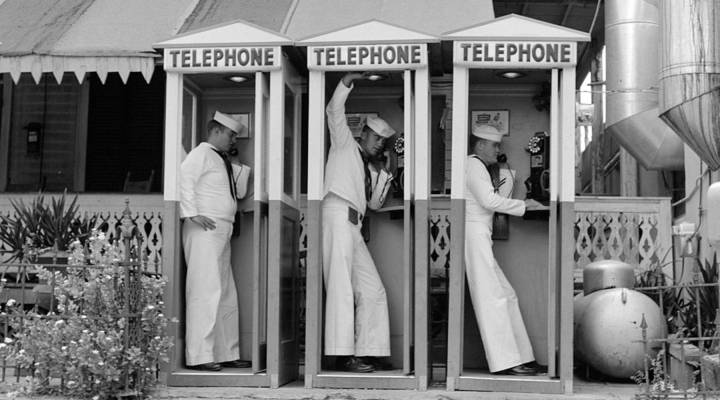 Cellphones may have replaced payphones in most of the U.S., but in Hawaii, the pay phone decline is going at a much slower pace, the Honolulu Civil Beat reported today.

The state has more pay phones per capita than anywhere else in the country as of 2014, according to the most recent numbers available from the FCC. In Hawaii, there was one payphone for every 338 residents. In New York, the state with the next highest ratio, there was one payphone for every 705 residents. Interestingly, payphones were still moneymakers for New York City two years ago, when the city attempted to revive its existing payphones.

What’s causing this slowdown in the demise of payphones in Hawaii? A spokeswoman for Hawaii Telcom, the company that operates the state’s network of payphones, told Civil Beat that it might simply be that trends take longer to play out in Hawaii. Other theories include: international tourist destinations tend to have a higher concentration of payphones, and payphones come in handy when cellphone networks are difficult to access, like during a natural disaster.

The ubiquity of the smartphones has supplanted the need for stationary phones, including payphones. Telecom giant AT&T gave up on the payphone business in 2007, which coincidentally, was the same year Apple released its first iPhone. Still, it seems these devices that are a remnant of the past, may still be a lifeline for some.